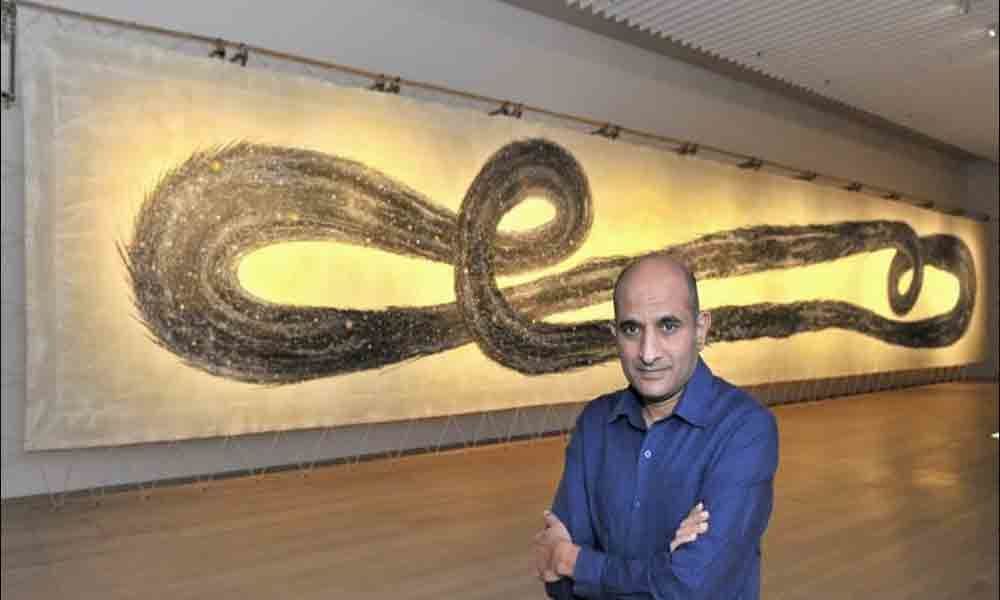 The largest-ever solo Hong Kong exhibition of Indian artist NS Harsha, known for his multi-faceted artistic practice, would show how textile is a...

The largest-ever solo Hong Kong exhibition of Indian artist NS Harsha, known for his multi-faceted artistic practice, would show how textile is a blank canvas that allows for imagination and interpretation.

Presented by CHAT (Centre for Heritage, Arts and Textile), the exhibition 'Gathering Delights' would run from July 28 to November 3 in Hong Kong.

As per CHAT, the exhibition will present Harsha's expansive artistic practice of paintings, sculptures, participatory work as well as community programmes in collaboration with one of India's first organic farmers from Kracadawna Organic Farm, offering a fresh cognitive lens through which he explores how nature stimulates creative thinking and artistic forms.

As one of India's leading artists of his generation, Harsha's home city Mysuru in southern India continuously inspires him with its traditional beauty and cultural dynamism.

Harsha often deploys textiles and sewing machines in his works as materials as well as key motifs, depicting personal memories and collective gestures that weave human acts with the state of the world and the universe.

Drawing from a broad spectrum of Indian painting traditions and popular arts, as well as the Western canon, he creates philosophical and luminous works that reflect on geo-political order and our increasingly technologically-mediated relationship with the world.

'Nations' is a monumental installation where pieces of cloth adorned with the flags of the United Nations' member states are draped on 193-foot sewing machines, denoting industrialisation and labour as a key driver for developing nations.

Harsha also engages audiences in his works such as 'Sky Gazers', where viewers become part of the artwork as they gaze up at a mirrored ceiling.

"Textile is a significant part of India's heritage, from the successes of its global textile industry prior to the British imperial rule to the use of the charkha as a symbol of India's independence from the British, in addition to the use of bold colours and unique patterns in Indian textiles.

"While Harsha does not specifically emphasise the varied use of textile and textile-related motifs, his works are clearly rooted in the culture and history of his home country," exhibition curator Takahashi Mizuki said in a statement.