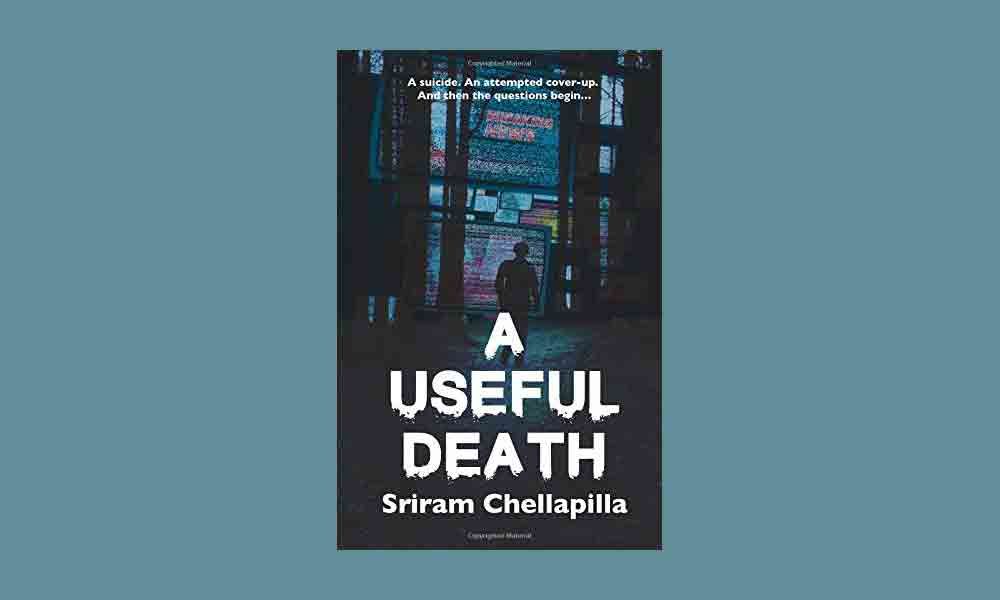 In literature, death is used as a literary device or it could be used in a symbolic way to represent the downfall of society. This decay in today's world can be experienced to a large extent. So much so that in a power-hungry, money-minded world, death is inclined to become valuable to many. In this vicious world, anyone's death can be used to make money, gain power, mislead people and so on.

Sriram Chellapilla, in his book, 'A Useful Death', has woven a story around the mysterious death of a young girl. An aspiring actress is dead. Everything points to suicide. But who drove her to it, is the disputable question?

Anil, a young man who happens to be the son of Mohan Krishna, a Telugu movie super-star politician, is rumoured to be responsible for the young woman's death. As Anil is being launched in Telugu movies, the family does not want a scandal to tarnish the image of the future star. To keep the family out of the whole crisis, a PR firm is engaged by the family. The members of the firm, Partha, Seema and Harish (reminded one of Perry Mason, Della Street and Paul Drake) are expected to keep the young man safely out and also ensure that the family image is intact. The opposite faction has already got into action and is out to prove Anil guilty. Can they save him?

As the three set out to unravel the mystery, skeletons start falling from the closet and they get entangled in various issues related to the family. How they come out of it, clear the grey clouds and bring to light the deceit and egocentricity of the people involved in it, forms the story.

The author, who penned his first novel in 2006 has, in this book tried to interlink the Telugu movie industry with State Politics and at the same time touched upon University politics, Communism and Naxalism, and the IT revolution in Andhra Pradesh. All of these issues are so elaborately brought out by the various characters in the book that at times it takes away the thrill of the mystery and distracts the reader.

The social ideologies that are used by university professors to influence students and mislead them; the exploitation of the audio-visual media by people in power and money to suit their own interests and fool viewers; the usage of social media - are all woven around the story to suit young readers.