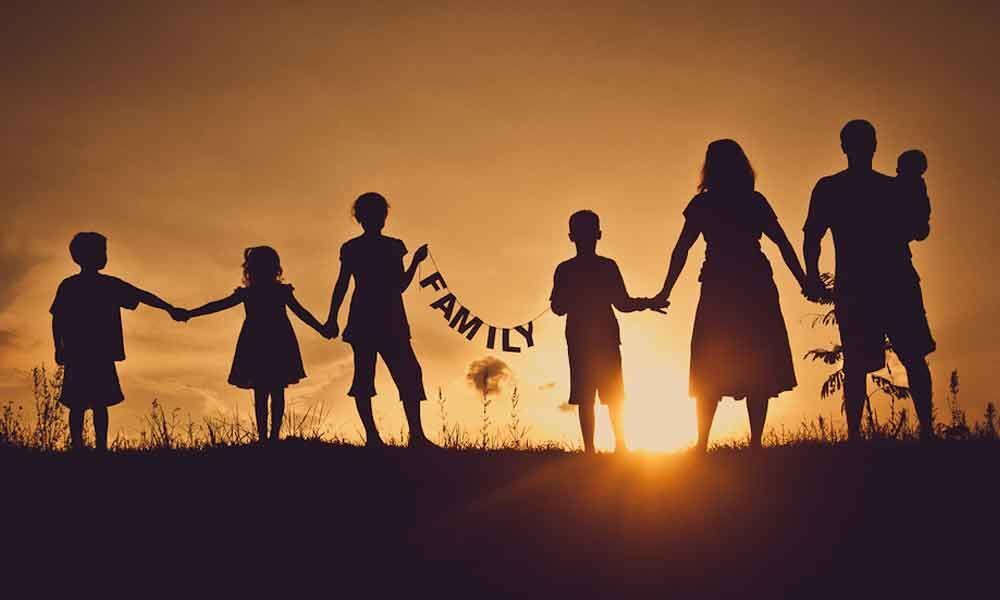 It is ironical that as societies become more advanced, they are confronted with the problem of rising divorce rate.

It is ironical that as societies become more advanced, they are confronted with the problem of rising divorce rate.

About 40 to 50 percent of married couples in the United States divorce. The divorce rate for subsequent marriages is even higher.

As every divorce involves two people, this figure requires to be doubled. The reasons given for the high rate of divorce are higher marital expectations, a vast expansion of wives moving into work force, the rebirth of feminism, and the adoption of 'no fault divorce'.

Marriage as an institution of enduring and sustaining relationship is put to severe test in the wake of growing families of single parents, blended families, same sex families and adoptive families.

When the rising divorce rate reaches a hundred percent, the marriage system will collapse.

A similar disturbing trend of rising divorce rate is available in Indian urban societies. Indian urban culture is going through many changes.

Marital discord is attributed to rising violence, cruelty, character assassination, alcoholism, problems of adjustment especially in a joint family, growing individualism of the wrong kind, extramarital affairs and the undesirable impact of the outside world in terms of falling values and lack of role models.

The problem of marital discord implies the failure of interpersonal relationships.

In India, more people are separated than divorced because of stigma associated with divorce, and the time taken in resolving disputes in the slow-moving Indian courts.

Professional counselling will go a long way to minimise marital tensions. Seeking professional help at the earliest sign of discord would be helpful since counselling teaches coping mechanisms that often work wonders.

Another way of looking at the issue is to expect an inbuilt coping mechanism in the individual personalities which is what the parents should be able to ensure by providing good role models for children.

As society is a network of relationships and interactions among its members, its functioning needs to be understood from different perspectives.

It functions as a civic society in which the members abide by the rules of governance. As an economic enterprise, its members are governed by the laws of production, distribution and consumption.

As a conglomeration of kinship groups, family is the basic unit of society.

It functions as a sociological web in which the individuals recognize their importance and identity and interact with one another to achieve the highest fulfillment of their individual aspirations.

It also functions as a community in which the members can freely follow their own faith to attain spiritual transcendence.

The primitive societies all over the world—across Africa, Europe, Asia, and the Americas—were hunter-gatherer societies.

The term 'savagery' is used to refer to the state in which the hunter-gatherers lived.

When the number of wild animals got depleted, the hunter-gatherer societies developed agricultural skills and settled down in terms of tribes and communities without moving endlessly on in search of food.

The settlements were formed mostly near lakes and rivers. Life became more and more specialized when people took to farming. Some of them became craftsmen, making specialized goods.

Some others became merchants, trading in goods and precious metals. Administrators came into the picture when planning and coordination of various activities were required.

The next imperative stage in the evolution of society is the formation of the Chiefdom. Several villages came under the centralised political leadership of the Chief.

The leaders of the Chiefdom claimed that they had access to divine power. As they exercised great authority and control, people simply accepted their claim to divinity.

The powerful Chief coordinated various activities among a large population spread over large areas. He also ensured economic integration of resources and manpower.

According to many anthropologists, a culture had to pass through several stages in the process of its evolution from the stage of savagery to barbarism and from barbarism to civilisation.

The drive to bring the whole world under a single point of control has been going on from times immemorial. It was the dream of many empire-builders in the past like Alexander the Great, or Napoleon Bonaparte or the British imperialists.

It involved the continuous extension of control over resources, territories and peoples. The earlier attempts were motivated by self-aggrandizement resulting in exploitation, inequality and discrimination.

The colonial period stands testimony to the playing of zero-sum games in which one section gained at the cost of the other.

The present trend towards a new world order follows a democratic process, and with the maximum participation of the participants.

This process is generally described as 'auto construction.' The new social order contains several components such as a technical component; a socio-politico component; and a moral component.

This multi-dimensional process may not be towards the establishment of a world government as such, but it can be in the name of world governance.

'World governance,' according to Robert Wright, 'is human destiny, a natural outgrowth of the millennia-old expansion of non-zero-sumness among human beings.'

For a better global tomorrow, family must shoulder a lot of responsibility, period! Love and affection between the parents, appreciation and adjustment as well as practicing what they preach fosters the right environment within the family.

Therefore, the family has to play a new role in the context of globalization. Parents have first to realise that they are bringing up their children for a world that is different from that in which they themselves grew up.

They have to clarify for themselves the key values that are needed to form the New World Order. In other words, they have to raise the children by socializing them for global citizenship.