Europeans vote for unity in diversity, liberalism, and ecology 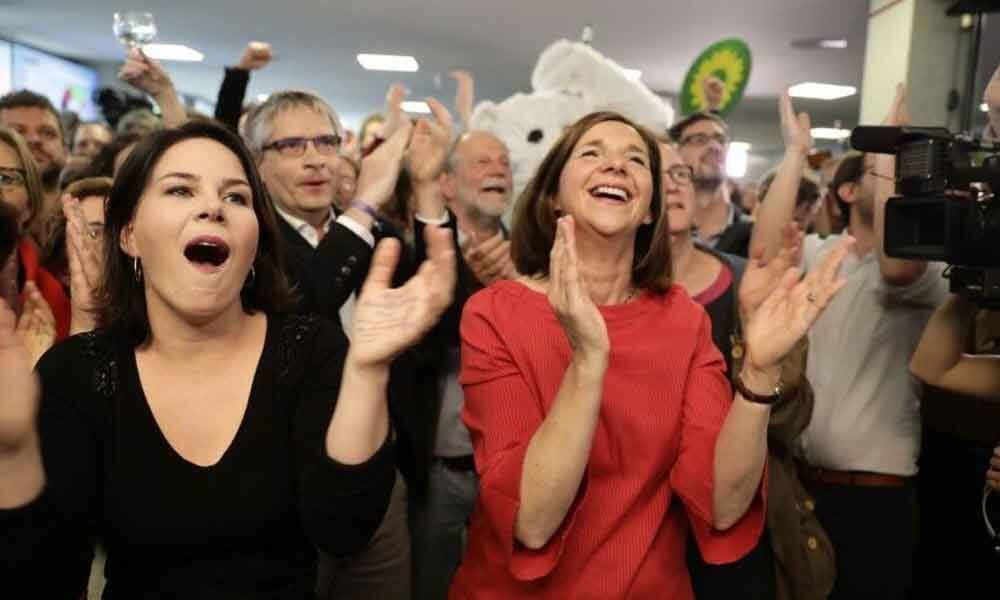 Unity of the European community, liberal democracy, regional and global environment protection has priority over local nationalism and patriotism

Unity of the European community, liberal democracy, regional and global environment protection has priority over local nationalism and patriotism seems to be the main judgement of voters in the elections to European Parliament held on Sunday in 28 countries with about 437 million voters.

The much-feared nationalists alliance polled merely (7.5%) of the total votes in all 28 member states.

Liberals and Greens could increase their voting and their alliance with Conservative and Socialists is very much likely to check nationalist euro- sceptic forces.

This election sends 751 parliament members from 28 member states to the European Parliament in Brussels for the period 2019-2024.

European Parliament is – unlike national parliaments – not a government in traditional sense, governing coalitions from different countries and opposition alliances work on concrete issues across their parties to achieve an overall consensus.

After the exit of Britain, Germany and France under Chancellor Merkel and President Macron are the key players of the European Union.

It may be recalled that on June 23,2016 about 51.89 per cent of British people opted to exit from the European Community.

Many Euro sceptics have expressed their reservations about the future of this Union, however, people turned out largely and about 50.5 per cent of them (record since the last 20 years) in the European Union have exercised their franchise.

In Germany, for example, the voting has increased from 48 per cent in 2014 to 61 per cent this time.

Election results from 28 member states clearly reaffirm that the largest Union of the world voted to strengthen its Parliament, Rule of law in all member states, democracy and environment and against nationalism and populism.

In Germany, the biggest winners are the Green Party (The Greens), who have increased their voting from 10 per cent last time to 21 per cent this time.

This party has very specifically put its program for a sustainable European continent with topics such as global warming, bio-diversity and environmental protection.

The conservatives, who had about 33 per cent last elections have been reduced to 28 per cent and the social democrats also lost their votes from earlier 27 per cent to 16%.

The left parties too lost 2.2 per cent votes and stood at 5.5 per cent and the Free Democrats gained about 2.2 to score 5.6 per cent.

The biggest success of the democratic forces in Germany is the fact that the rightist and Euro sceptical party Alternative for Germany (AfD) could not make roads into the mainstreams as expected by the political pundits.

It could increase itself only marginally by 3.8 per cent to stand at 10.9 per cent.

In France however the fight was very prestigious and though the rightist euro sceptical Rassemblement National could poll as high as 23.5 per cent, the socialist alliance of Macron could corner 22.5 per cent and the ecologist greens 13.3 per cent, ecology and social alliance 6.43 per cent and leftists could win 6.3 per cent and effectively checked the nationalist's plans.

The European Union (EU) which is a political and economic union of 28 member states has an area of 4,475,757 km2 and an estimated population of about 513 million.

The EU has developed an internal single market through a standardized system of laws that apply in all member states in those matters, and only those matters, where members have agreed to act as one.

EU policies aim to ensure the free movement of people, goods, services and capital within the internal market, enact legislation in justice and home affairs and maintain common policies on trade, agriculture, fisheries and regional development.

For travel within the Schengen Area, passport controls have been abolished. A monetary union was established in 1999 and came into full force in 2002 and is composed of 19 EU member states which use the euro currency.

Containing 7.3 per cent of the world population, the EU in 2017 generated a nominal gross domestic product (GDP) of 19.670 trillion US dollars, constituting approximately 24.6 per centof global nominal GDP.

Additionally, all 28 EU countries have a very high Human Development Index, according to the United Nations Development Program. In 2012, the EU was awarded the Nobel Peace Prize.

Through the Common Foreign and Security Policy, the EU has developed a role in external relations and defence.

The union maintains permanent diplomatic missions throughout the world and represents itself at the United Nations, the World Trade Organization, the G7 and the G20.

The EU has no formal connection to any religion. The preamble to the Treaty on European Union mentions the "cultural, religious and humanist inheritance of Europe".

The EU had an agreed budget €864.3 billion for the period 2007–2013. Out of this, the largest single expenditure item is "cohesion & competitiveness" with about 45 per centof the total budget.

These Structural Funds and the Cohesion Fund are financial tools set up to implement the regional policy of the European Union, they aim to reduce regional disparities in income, wealth and opportunities; Europe's poorer regions receive most of the support, but all European regions are eligible for funding under the policy's various funds and programs.

Next comes "agriculture" with approximately 31 per centof the total. "Rural development, environment and fisheries" takes up around 11%. "Administration" accounts for around 6%.

The "EU as a global partner" and "citizenship, freedom, security and justice" bring up the rear with approximately 6 per centand 1 per centrespectively.

The European Union has established a single market across the territory of all its members representing 512 million citizens. In 2017, the EU had a combined GDP of $21 trillion international dollars, a 17 per centshare of global gross domestic product by purchasing power parity (PPP).

As a political entity the European Union is represented in the World Trade Organization (WTO). EU member states own the estimated second largest after the United States (US$98.2 trillion) net wealth in the world, equal to 25 per cent(US$78 trillion) of the $317 trillion (~€280 trillion) global wealth.

Most importantly, the European social model is a common vision many European states have for a society that combines economic growth with high living standards and good working conditions.

European states do not all use a single social model, but welfare states in Europe do share several broad characteristics. These generally include a commitment to full employment, social protections for all citizens, social inclusion, and democracy.

At the backdrop of the election results, many people in Europe remember historian Tony Judt argument that the European social model "binds Europe together" in contrast to the individual 'American way