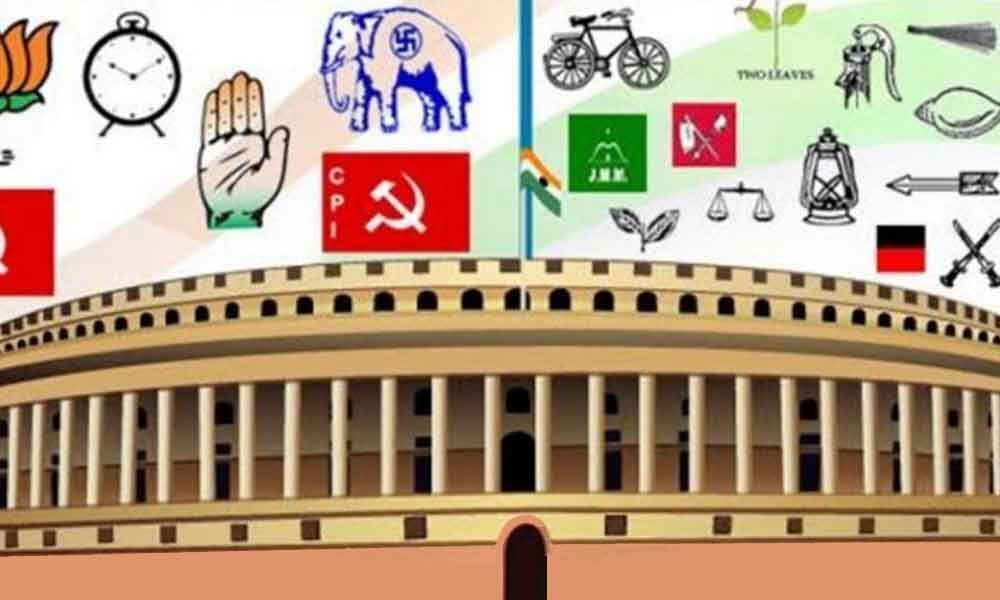 The high school students of 1990s in erstwhile Andhra Pradesh have been au fait with an academic question about elucidating 'India as a rich country...

The high school students of 1990s in erstwhile Andhra Pradesh have been au fait with an academic question about elucidating 'India as a rich country with poor people'.

Honestly, at that point of time, those tender minds might have not understood what it exactly means. Nonetheless, over a long period of time, the condition of India remains unalterable — India is still a rich country with poor people.

Even after these many years of India's independence, the country is still placed under the category of 'yet to be developed nations'. Sheesh, India's progress!

One of the key issues that make India still a developing country is the freebies being offered by the government to numerous sets of people under the name of welfare schemes.

It is due to these freebies, the very concept of democracy has undergone a lot of change. People's participation is a key element of democracy. Even so, it has drastically undergone unsolicited changes. The interaction of the people with the government has become very nominal.

In a democratic country, in making the decisions that affect them, each and every eligible citizen has the right to participate — either directly or indirectly.

However, in democratic India, the voters just limit their role to vote to a political party that offers freebies. In its true form, democracy is the most effectual system of government.

The people of a democratic country have sanctioned rights of adult suffrage that allows them to actively participate in the elections and a plebiscite for the selection of the ruling government.

In Indian setting, offerings of freebies in elections by parties, for the most part, have outdone the centrestage in all election campaigns. Such freebies can take on many forms that primarily have an appeal to the voters, but with an obligatory exercise.

For this reason, there is an increasing trend on the offer of freebies to voters during election campaigns. This has resulted in recouping of votes and thereby making the naive masses easily overhang all balloting practice in the country.

It is rightly said that the success of a welfare measure is to be evaluated by the number of people that leave the welfare scheme but not by how many are added further.

Such a status quo would be in the cards only when people become self-dependent. A democratic government which is "by the people, of the people, and for the people" should perceptibly provide ideal governance for the people.

But in reality, it is extremely at a distance. In real fact, Indian citizens/body of voters are not making any rational or truly cognizant choices. This ultimately makes Indian democracy engrossed on the short term aspects.

As a result, freebies vitiate the sacrosanctity of elections and leads to daubing campaigns by candidates — it has, irrefutably, a large bearing on the voter's persona and picks.

In the past, a challenge was made in the honourable court under section 123 of the Representation of the People Act stating that any gift or the promise offered by the contenders or his representative to persuade a voting member to franchise the vote in his favour would amount to bribery.

However, the honourable court held that the promises to dole out election freebies in an election manifesto cannot be read into the language of Section 123 of the RP Act, for affirming it to be corrupt practice under the prevalent law in force.

In this case, even if the Supreme Court ruled in favour of the State of Tamil Nadu, it admitted that in actuality distribution of free gifts by political parties does influence the voters.

At present, many freebies are offered to the voters in the guise of the 'welfare society' by almost every political party.

However, it should be well understood that this is a type of exploitation of the people as it amounts only to treating the cause of ennui but not deracinating it from society.

As far as an offering of the freebies is concerned, the political parties alone are not blameworthy. The electorates have an equal share too. But there is a reason behind the electorates looking for these freebies.

It is only due to many unresolved problems like the high rate of unemployment and increased corruption in society. Till the time there is no end to such long rooted problems, the voters would compromise on the situation and accept the freebies.

However, justly, every citizen of India wishes to settle their lives in a decent manner. They aspire to live in a developed nation — a sovereign state with high industrial and Human Development Index (HDI) as compared to other countries.

Thus, instead of focusing on short term measures, the government needs to focus on a technologically advanced infrastructure to make India an industrialised country — a developed country. It is very much possible if the new guidelines added to the Model Code of Conduct are followed meticulously in India.

The voting public should understand the fact that they lose their right of questioning once they accept the freebies for the reason that freebies are the hamartia of Indian democracy.

The need of the hour is to choose the right candidates — the capable leaders who can, by all means, strive hard to make India a developed nation. The elected leaders should fight righteously against corrupt practices.

If not realised even now, time shall come to amputate the existence of democratic election process for it will have no meaning in conducting elections, per se!