In digital world, individuality at peril 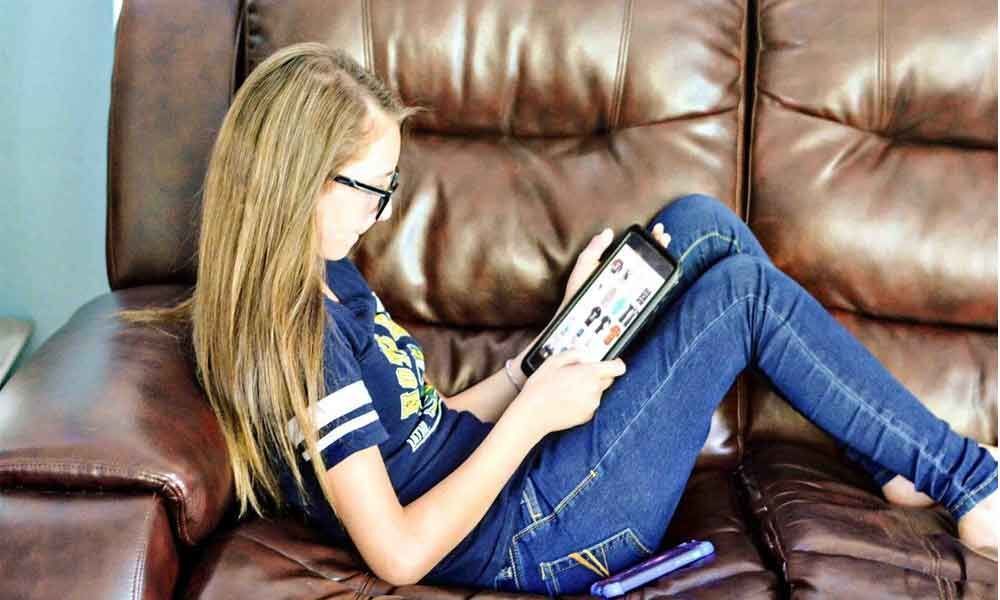 The fourth industrial revolution is characterised by a fusion of technologies that is blurring the lines between the physical, digital, and biological...

The fourth industrial revolution is characterised by a fusion of technologies that is blurring the lines between the physical, digital, and biological spheres.

It is marked by emerging technology breakthroughs in a number of fields, including robotics, artificial intelligence, nanotechnology, quantum computing, biotechnology, the Internet of Things, the Industrial Internet of Things (IIoT), Blockchain, fifth-generation wireless technologies (5G), additive manufacturing/3D printing and fully autonomous vehicles as defined by Wikipedia.

On its surface, it might appear that it is just an addition to the existing industrial systems for enhancing its operational efficiency, but if we try to dig deeper and critically analyse the idea of blurring the lines between the physical, digital, and biological spheres, it is quite problematic.

To begin with, rapid adoption of automation, 3D printing and robotic inventory management in manufacturing unmindful of current employment trends might aggravate the existing problem of unemployment and may contribute to the employment loss in immediate future.

A recent study in the USA has flagged that regional and global inequalities in income are exacerbated in digital era, because of participation of limited numbers in highly skilled jobs and its ability to shift wealth, instantly beyond the national borders.

Digital intrusion confused people to the extent that they stopped volunteering any new real-life meaningful conversations, with an attitude of considering them as 'physical intrusions'.

Social solidarity an essential ingredient of community living has taken a heavy toll. For this idea to sustain, individuals must meet, interact, share ideas, exchange views, make observations on their immediate environment, suggest possible solutions, empathise with one's neighbours, and this is how civilizations came into existence.

As digital interactions gained primacy, solidarity and social capital are declining at an alarming pace.

Education system is losing its relevance too. Present system is designed with a mandate to produce industrial workers but not entrepreneurs and self-sustained individuals.

This transition phase dominated by virtual systems, if not handled properly may produce human resources with no humaneness. Education is much more than imparting knowledge, it is a man-making enterprise.

Evidences have already started pouring in to suggest that digital dependence beyond a threshold can impair creative thinking.

Children with impregnable minds are being deprived of 'creative visualisation' i.e; getting inspired from nature and its components.

New ethical dilemmas and challenges are arising as physical and psychological attributes are becoming reflections of digital world.

Opinions are born, nurtured, consolidated and destroyed with at an equal pace with digital world.

In such a scenario, principled life and moral adherence are labelled eccentric.

In this clutter of hyper communication, individual lost communication with the self, depriving himself of an opportunity to reflect and self introspect.

Family and relationships are characterised by increasing disconnectedness.

Suicide rates, extra marital affairs, psychological illnesses are omnipresent, courtesy an individual's colorful digital world which could not come to his rescue when his real world is clumsy and chaotic.

As human beings started identifying with digital world, their ability to appreciate, encourage and patronage art and cultural forms is based on what the digital world is giving them.

It is an unpleasant truth, that Indian youth are more familiar with the Korean culture and other Western societies because they spend more time in binge watching online content offered by internet sources. How many of them can spontaneously respond to any question on Oggukatha or Thollu Bommalata?

This constant exposure to alien cultures is distorting an individual's perception of his own cultural elements.

It has an impact on their thoughts, attitudes and behaviors which is more problematic. Their power of discernibility between physical and virtual spheres is lost.

They emerge as individuals who are confused, timid or attention seeking with over-inflated esteem, and misplaced identity. Online markets are fast emerging as new instruments of ultra capitalism.

Individual's cognition is now driven by market forces, vested interests, and everything else other than him, algorithms bullying him like digital monsters reminding to consume and consume more. (I am sure you are reminded of Zomato and Amazon feeds).

Autonomy of an individual is at peril, motivate people to imitate others unmindful of one's ability.

Everything is about instant gratification, about flamboyance, about ugly income-display, about revealing costumes and logic defying sensationalism depriving us of rational thinking.

Digital spiritual gurus and motivational speakers will take you on an ecstatic ride to "knowledge" of liberating yourselves and how to be "hyper-efficient". Alas! Its shelf life is only till you plug out earphones.

Last but not the least, significant amounts of political capital is wasted on heated debates of events and happenings at global and national levels, when things that determine our life course are largely local and immediate.

There are no simplistic solutions to address this complex web of problems. New methodologies for income redistribution must be designed, which prevent disproportionate accumulation of incomes and wealth by few individuals or sectors or nations.

Equalisation levy on online revenues of tech giants is a step in the right direction. Labour laws must be amended to suit requirement of modern-day freelance economies, with adequate social security mechanisms.

New teaching methodologies, which are in tune with the emerging market and societal trends are an immediate necessity.

For example, initiatives like UNESCO MGIEP's flagship programme Libre, which focuses on designing a curriculum for 'Social-Emotional Learning (SEL)' based on (i) mindfulness or awareness; (ii) empathy; (iii) compassion; and (iv) critical inquiry, must be piloted.

Individuals must observe internet etiquettes and try to unplug themselves from mobile phones and laptops by conscious and voluntary efforts.

In this process, the State must play a significant role by developing community buildings, organising cultural events, encouraging local artists and art forms by giving them free access to auditoriums.

So, people prefer to remain in physical world than being a digital zombie. Role of family is very important in this context, because families have always played an important role as vehicles of cultural transmission. This function of family must be revived to its originality.

Finally, keeping in mind the importance of interactions among people for social cohesion, and development of a political culture, suitable platforms like community associations, resident welfare associations, community score cards, and other community outreach initiatives must be popularised, so people would volunteer to participate and live their lives more purposively.

Above initiatives may help in insulating an individual and society from some of the negative fallouts of 4th industrial revolution.

(The author is an Assistant Director in the Ministry of Defence. Views expressed are personal)