IPL versus box office : No more worrisome for film makers 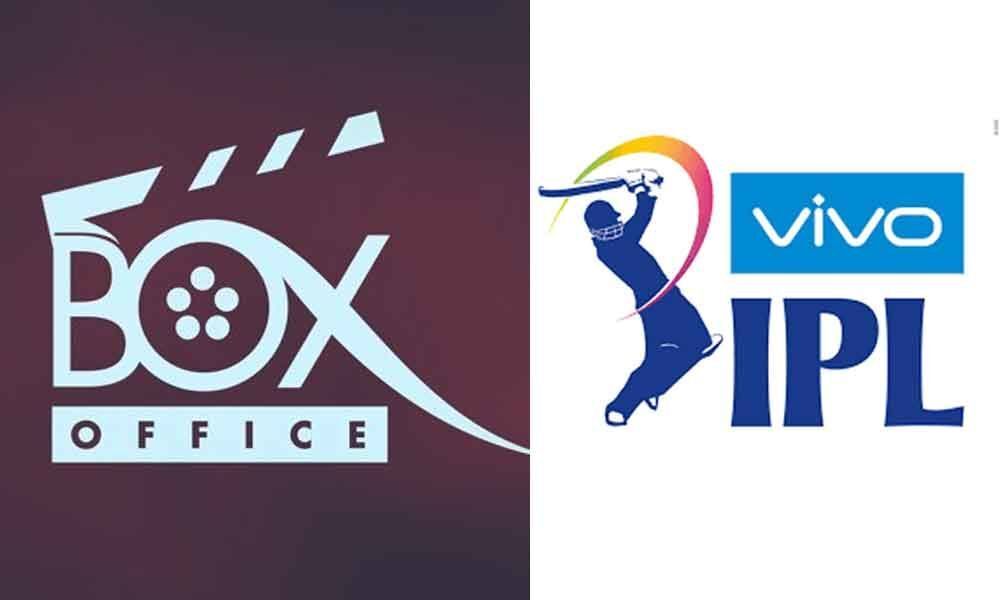 Films, when released, are sensitive to any and everything that may affect its potential. The box office is sensitive to just about everything that happens outside of a film auditorium. Say, a strike, an unrest, cricket, festivals and so on. Not to forget the television, video, CD, DVD and, now, OTT, the small screen content streaming.

This takes me back to my initiation into the film industry through a distribution company. Film offices worked on a bare minimum basis in those days. There was a manager, his assistant, a typist-cum-telephone operator and a peon. There was no corporate culture where more people are employed than the company can ever hope to recover unless every film is a hit.

In those days, a film distribution company which released a film, got a DCR (Daily Collection Report). No SMS, WhatsApp message or emails. Oftentimes, when the post delivered the DCR to you, a film could very well have been discontinued from a cinema.

These other oppositions included local language films, a circus in town and festivals. There was also a mention of the weekly market in small towns where people from surrounding villages gathered to sell their ware. When it came to festivals, some were good for the box office collections while some others took away from them.

Even in those days, Bombay Circuit, which included Mumbai, Gujarat, a part of Karnataka and also Goa, was the most lucrative followed by Delhi, Uttar Pradesh and Punjab. While the makers avoided releasing a film during such periods, Ramlila, a circus in town or any such show was considered major opposition to films.

Now, the era of DCRs is over. Things are getting centralised. Thanks to GST, entertainment tax rates have stabilised as a reasonable percentage of the admission rates, nationally.

Earlier, it was on the whim of the states as cinema business was on the concurrent list and, hence, a state subject. Entertainment taxes varied from state to state. What happens now is that one need not wait for a local representative to post you a DCR which would arrive a few days after it did not matter anymore. The Net has made things easier.

While communication has become easier, the meaning of opposition to a theatrical film has changed. The major challenges started with the advent of the electronic media.

First, it was analogue TV, as in Doordarshan which ate into film collections with its film programmes including film telecasts every Sunday evening (prime time for cinema), followed by video format, VCD, pen drive, hard disc storage and so on. With, the latest being OTT streaming content.

The film industry now has a more defined meaning as an entertainment industry. In that sense, the film industry has taken TV serials and channels in its stride because, both mediums have combined.

TV gave work and income to a lot of actors and other creative lot not finding enough work in films. Later, it went on to make big named stars a part of the TV bandwagon. Now, television and OTT are no more considered oppositions as all three have merged.

A filmmaker or an actor can well be doing a TV serial or an OTT content and vice versa. Unlike it was initially, small screen does not demean a big screen star's status. In fact, some of them are minting more money on smaller screens in shorter times than they would on the big screens!

Just about every major star like Amitabh Bachchan, Aamir Khan, Salman Khan, and Shah Rukh Khan has accepted television as another medium of entertainment. The character artistes find work in both mediums.

Now, they also find work in OTT platform and it won't be long before big stars join in too. But, while film, TV and OTT have intermingled, there has always been an outside force to weigh down the box office on a regular basis.

And, that is cricket. India plays cricket on a regular basis and one can say cricketers work more than a normal office going person does; say about 150 days a year not to count county cricket and nets.

The major affront from cricket on the box office started with ODIs, the 50-over matches provided trill. To add to the woes of the industry, T20 followed. This three hour format, usually played in the evening, that is 4 pm onwards, started telling on box office collections as they affected at least two shows on the day the match was played. Which was a day or two.

So far so good as the film industry coped with cricket in its three formats like it did with a circus in town, festivals, ODIs and, even, T20s. But, then came the biggest circus of them all. The Indian Premiere League (IPL). This was not a one-or-two-day affair.

It hogs up a whole season. Just about the entire summer! Earlier, the summer vacations brought in footfalls at the cinema halls. Of course, now things have changed. One does not go to a cinema just because it is a vacation, thanks to admission rates. Now, a film has to be worth that much money and effort.

But, the IPL is a two-month-long jamboree. Gives a great alternative to sending kids out or even for getting seniors in to cinema halls. Cricket, especially IPL, is a kind of inspiration for kids. Cricket spells money and, hence, every kid and youth's aspiration.

This is the biggest opposition the film industry and box office has faced in the last 12 years. What the big filmmakers do is wisely avoid releasing a film during this period. But, other filmmakers have no choice because this is the only time they get playtime at multiplexes when they don't have major releases. These films are made the scapegoats.

This week, for instance, as many as six small films (Albert Pinto Ko Gussa Kyon Aata Hai?, Blackboard Vs Whiteboard, Ek Hakikat Ganga, Gun Pe Done, Paharganj and The Tashkent Files) have found screening slots at multiplexes which, otherwise, would not have been possible.

The first few years of the IPL were really hurting the film business. Both the filmmakers and the exhibitors. Some multiplexes even planned to screen these matches at their cinemas.

It did not work because this form of cricket is not watched in a dark hall where people twiddle their thumbs during breaks after every over is bowled. It is to be watched at home or a club or a pub and the excitement shared with friends.

Things are a bit better now because, earlier a cricket lover wanted to watch every match. But, gradually IPL watching was filtered down to watching only the matches of favourite teams.

Sajid Nadidwala, who released his film Housefull during IPL, said his film's collections showed a huge drop in Pune because the Pune team was playing that day. I told him that he need not worry as the drop would be made up in the days to follow since his film was already accepted by moviegoers.

Vasu Bhagnani was the first one to ignore the opposition of IPL and released one of his films bang in the middle of the IPL season. The film proved to be a hit. And, now releasing a film during the IPL does not bother the filmmakers.

This year for instance, Kesari released on March 21 though the IPL was scheduled to start from March 23. Luka Chuppi and Badla, the spill over films, continued to hold well even during IPL. Next week (April 17) will see the release of Kalank followed by Avengers: Endgame on March 26.

Vinod Mirani (The author is a film critic and trade analyst)