NDA 2.0 should be on crusade mode 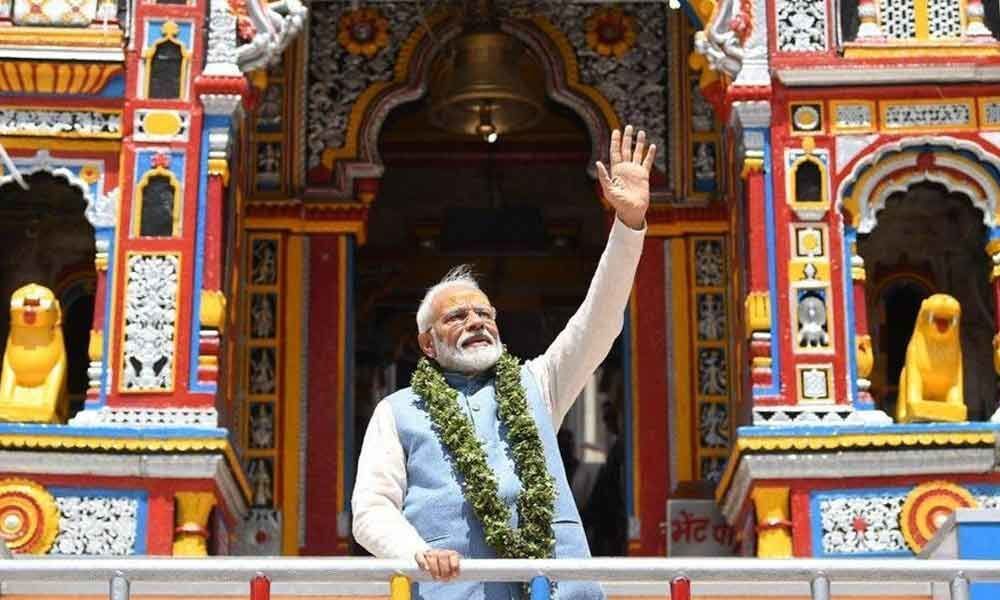 Elections are over. Narendra Modi is back in saddle with a clear, resounding victory

Elections are over. Narendra Modi is back in saddle with a clear, resounding victory. BJP on its own got clear majority and with the allies nearer the two third majority.

This is quite remarkable given the fact that after the era of Jawaharlal Nehru no other leader got such an endorsement from the electorate for a second term in succession.

That also brings with it a heavy responsibility of fulfilling people's expectations which needs a clear cut people-centric agenda for implementation.

Prime Minister has done well to emphasise inclusive agenda which takes care of the minorities when he spoke to the members of parliament on his election as the leader of the NDA.

In the run up to elections opposition as well as a section of the media whom the prime minister's rightfully described as 'Khan Market gang' vitiated the atmosphere by claiming that minorities will be unsafe if BJP returns to power.

Western media also joined hands with these forces in highlighting this concern. Last 70 years Congress patronised certain sections of the Muslim elite who feel threatened with the change of guard.

Congress ignored Muslim masses but took care of only this elite. It is good to assure the Muslim community in India that they will be treated on par with others and their concern taken care of along with others without any appeasement politics and treating them as a separate vote bank.

The main plank on which NDA came to power in 2014 was fighting corruption. 2019 is an endorsement of clean and corruption-free government in the last five years.

Any let up in this or a perception among people that government is not sincere in its agenda on corruption 2024 will be difficult to win.

NDA government should now not only concentrate on giving a corruption-free government but also bring to book all those who were corrupt and amassed private wealth with public funds.

This should be on a crusade mode sparing no one however big or mighty he or she may be. This should be the first priority of the government and Subramanian Swamy with his impeccable credentials on this would be the right man to handle it.

The goal of the NDA government should not only be higher economic growth rate but also a growth which is inclusive in terms of regions and social classes.

Spread of the growth across the regions and across social group should be equal priority and in achieving the same if growth rate needs to be sacrificed that should not be an issue.

Especially now that most of the regional satraps have become unemployed there are dangers of divisive forces getting a fillip government needs to be guarded on this front.

Good beginning was made by giving direct benefit transfer through banks to the farmers. This needs to be further strengthened . Finance minister informs subsidy being distributed under different schemes is of the order of 5.34 lakh crores.

How much of it is reaching the beneficiaries how good is the targeting of these schemes needs a thorough study. direct benefit transfer for these schemes also needs to examined and implemented so that there are no transmission leakages.

Better targeting of these schemes should also be a priority. DBT should be the general rule anything else only an exception.

India should seize this opportunity by concentrating on provision of infrastructure facilities across the country. Care should be taken to channelize these investments into less endowed and poorer areas focusing on balanced development.

Increasing productivity in agriculture better remuneration for agricultural products, public provision of education and health should also be important priorities.

The non-performing assets of the banks is a major concern which needs immediate attention.

Huge data obtained at the time of demonetisation should be taken to its logical conclusion. black money eradication should be a priority including the amounts deposited in foreign banks.

This government is known for its no-nonsense tough stand with reference to internal security and protection of the country from external aggression.

Same should be continued with renewed vigour and country made a safe and peaceful place to live in with no room for terrorism in whatever form it might be. Lastly now that the BJP is into its second term they have no option but to build the temple for Sri Ram at Ayodhya.