Godmen in politics, a big reason to worry 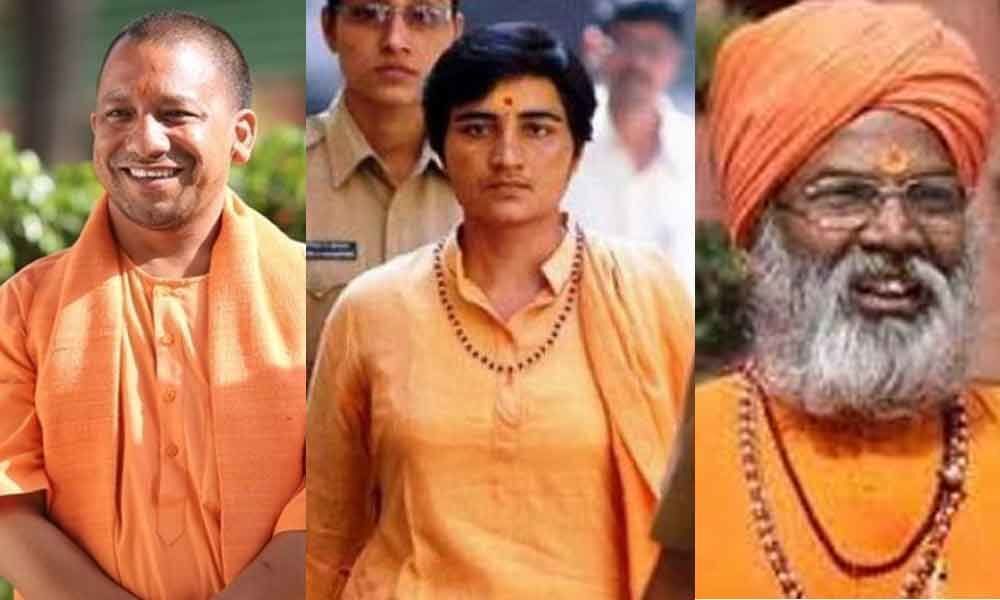 A friend of mine forwards me an article penned by none other noted journalist Karan Thapar in the morning which makes an interesting read.

A friend of mine forwards me an article penned by none other noted journalist Karan Thapar in the morning which makes an interesting read. Here it goes:

"A new voice, a new attitude and a new definition of Indianness has been articulated and Modi is not just its expression but, possibly, its personification."

He took a couple of days to ring but when he did, Pertie sounded concerned. "What do you make of this election result?" There was something in his voice that suggested he had already worked out the answer. Nonetheless, I still chose to reply.

"What's absolutely clear is that this is a personal endorsement of Narendra Modi. The Indian people have consciously voted to give him another term as Prime Minister. That's a reflection of the incredible trust and faith they have in one man. The Congress may deny it, but if they do, they would be wrong."

Pertie, however, didn't seem impressed. "Yes, that's obvious but what more does this result tell us?" He seemed to be challenging my thinking. I felt like a student at school. I was being told to think more deeply.

"Well," I began, "it seems that right across northern and western India and large swathes of the east, the result reflects an acceptance of the Hindutva belief that India is essentially a Hindu country and that's a distinct move away from the concept at the heart of Nehruvian secularism: that this is a land of multiple religions, castes, ethnicities, cultures and languages. However, south of the Vindhyas we seem to have a different story."

This time I could tell I had engaged Pertie. He didn't disagree. Instead, he used my answer as an opening to reveal another dimension of the electoral verdict. This was clearly the reason why he had rung.

"Have you considered that beyond all of this — and I don't disagree with any of it — is something much more profound and personal. It's also very disturbing. This result is a verdict against people like you and me, in fact our whole class.

It's a verdict against people who, because of their birth and lineage, education or erudition, family contacts and influence, have come to believe they own this country and can run it as they want.

Few of us were aware that India was seething with resentment. Modi recognised it and tapped into it. Today, it's given him a two-thirds majority in Parliament."

I listened to Pertie in silence as both the truth and horror of what he was saying sank in. Till then I hadn't thought of the election result in these personal terms. But now his conclusion seemed irresistible.

So, is this the new India Modi spoke about? A new voice, a new attitude and a new definition of Indianness has been articulated and Modi is not just its expression but, possibly, its personification.

Meanwhile, people like Pertie and I, indeed a whole class like us, find ourselves in a forgotten or even left-behind minority," said Karan Thapar, who is a well-known journalist, author, television commentator and interviewer.

Well everyone is entitled to hold his opinion on this issue, and we should respect it. May be from their perspective they are right. But somehow, I still cannot accept that a new voice, a new attitude and a new definition of Indianness has been articulated and Modi is not just its expression but, possibly, its personification.

I personally feel that the just concluded election has set in a dangerous trend and that is active involvement of Sanyasis, Pontiffs and such people in politics taking sides.

As I understand and as I gather, in Hinduism renunciation or 'sanyasa' is the true mark of spiritual life. It is believed to be the simple and straightforward way to achieve moksha or liberation.

In renunciation one has to give up worldly life and material possessions, and live without aiming for anything in particular, including the goal of salvation, liberation or union with God.

People who follow the path of sanyasa or renunciation are expected to lead very austere and ascetic lives, setting aside all desires and comforts and acknowledging no relationship whatsoever, including the relationship with God and oneself.

One has to forgo all acts of self-preservation and self-advancement and the need to further one's ego and identity.

But if you see the just concluded elections whether it be at the national level or back in the Telugu States, there is big presence of saffron-clad sanyasis who embraced asceticism but instead of passing their days meditating in ashrams remained engaged in worldly activities, more so in political activities and had even openly stated so.

In the North we had the inimitable BJP MP from Unnao, Sakshi Maharaj who had threatened to curse all those who do not vote for him.

His reasoning would be funny, were it not so tragic — he is a sanyasi who has come to them for bhiksha (votes), and if you don't give it to a holy man, he takes away the family's happiness and curses it.

Malegaon blast accused and BJP's Bhopal Lok Sabha seat candidate Sadhvi Pragya Singh Thakur said former Anti-Terrorist Squad chief Hemant Karkare died during the 26/11 Mumbai terror attacks as she cursed him for treating her badly while she was in custody in the Malegaon blast case.

"Hemant Karkare falsely implicated me. He died of his karma. I told him he will be destroyed. I told him his entire dynasty will be erased," Pragya said.

Karkare was killed along with two other senior police officers while fighting terrorists during the 26/11 attacks in Mumbai in November 2008. Maine kaha tera (Karkare) sarvanash hoga," she said.

Of course, the BJP disassociated with such statement and condemned it as Sadhvi too apologised and said she respects Mahatma Gandhi and his services to the nation cannot be forgotten.

But then, that does not suffice. The big question that arises is are not Sadhus, Sanyasis or Sadhvis supposed to be above hate or affection?

AP and TS leaders too seem to be having a common guru in Visakhapatnam who openly claimed that he had performed pujas and homams for the victory of these leaders as CMs. He even said that political patronage for pontiffs was necessary.

Certainly, it is a new theory that is being propagated. What one fails to understand is will future elections and governments be formed on the likes and dislikes of Sadhus and Sanyasis?

Politics is undoubtedly a dynamic situation. One party may rise during one election and fall in the next elections. Sadhus and Sanyasis should strive for the benefit of humanity and should not have any affection or affiliation towards any individual or a political party.

But the interesting part is they are also becoming dynamic and commercial element is creeping into it. This certainly results in causing a dent in the purity of saffron colour.

Till 1970's I had seen swamis who had never travelled by a flight. They never used to give any special place for politicians. In New Delhi, senior Tridandi Pedda Jeeyar Swamy had organised a three-day programme of Homam and other rituals.

Several Ministers had visited the venue but none of them was given any special treatment. They came along with ordinary devotees sat on the floor, prayed and left. But the situation now is different.

The VVIPs get special treatment, entire area is sanitised and no one is allowed and the pontiffs also hold one-on-one meetings with the political leaders. Normally the swamis and pontiffs do not allow a common man to touch their feet.

In fact, one of the popular swamis, when asked why was it so, said they don't want any negative vibes to touch their body. But what one fails to understand is how do they allow the politicians to touch them.

Does it mean that politicians in India have epitome of positive vibes while the common man is full of negative vibes. If the situation remains same, it should certainly be cause of worry as it could lead to disturbance in the area of spiritualism for which India is well known. God save the country!