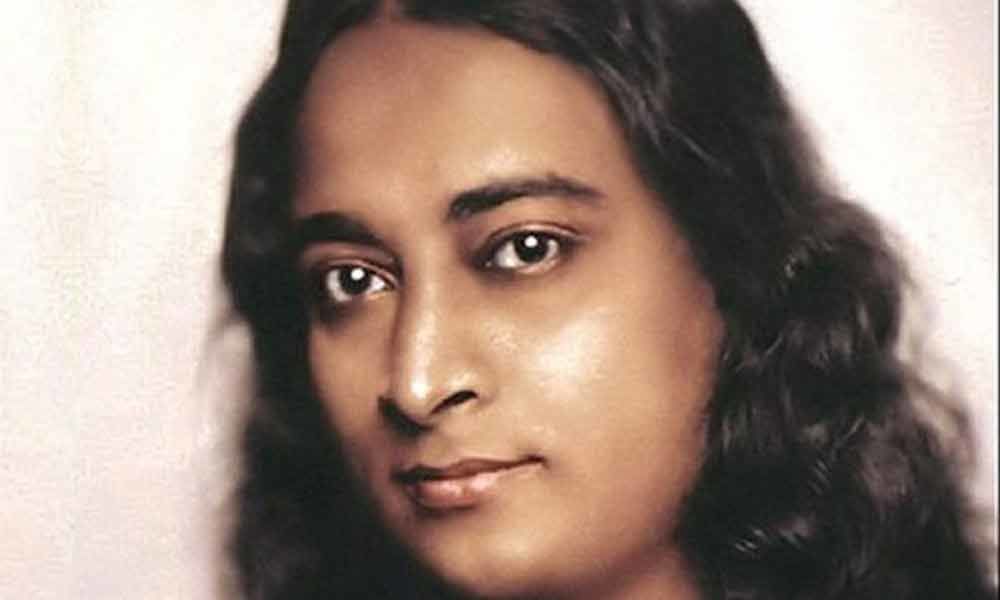 When India celebrated International Yoga Day on June 21, the one man all Indians fondly remembered was Paramhansa Yogananda, who laid the foundation of yoga in the West at a time when it was nothing more than a bizarre word.

When India celebrated International Yoga Day on June 21, the one man all Indians fondly remembered was Paramhansa Yogananda, who laid the foundation of yoga in the West at a time when it was nothing more than a bizarre word.

Yogananda - born Mukund Lal Ghosh in Gorakhpur - was in a way India's first de facto NRI ambassador who made it a mission to popularise yoga apart from other things from the time he moved to the United States in 1920 at the urging of his guru.

There, slowly and steadily, to a bewildered audience that slowly came to accept his teachings in hundreds of thousands till the time he passed away in 1952, Yogananda taught Kriya Yoga, God and meditation. This was no easy task.

With his ochre robes and long hair, his mere appearance invited ridicule, torment and even abuse on the streets. According to Philip Goldberg, author of "The Life and Times of Yogananda", he endured sneers, glares, name calling and even stone throwing but maintained his dignity.

There were even times when Yogananda and his close group didn't have enough to buy food. So they would simply fast for some days. Building the network, he eventually did in the US was no joke because it involved coin-operated phone booths, long-distance operators, telegrams and patient letter writing, often begging for funds.

Much like what Adi Shankara did in India centuries earlier, Yogananda toured the US, going wherever he could: Miami, Seattle, Oregon, Los Angeles, New York, Cleveland, Colorado, Boston, Utah… He probably logged more hours on trains, station platforms and waiting rooms than perhaps any American. But Yogananda persisted - and achieved his goal.

What eventually brought him unprecedented glory was his "Autobiography of a Yogi", a spiritual classic of the 20th century that instantly became a best seller and brought far greater attention in all parts of the world to what yoga was all about.

The book, now available in over 20 languages, continues to attract readers around the world, catapulting many on the spiritual path.