When Parliament procedures given go by 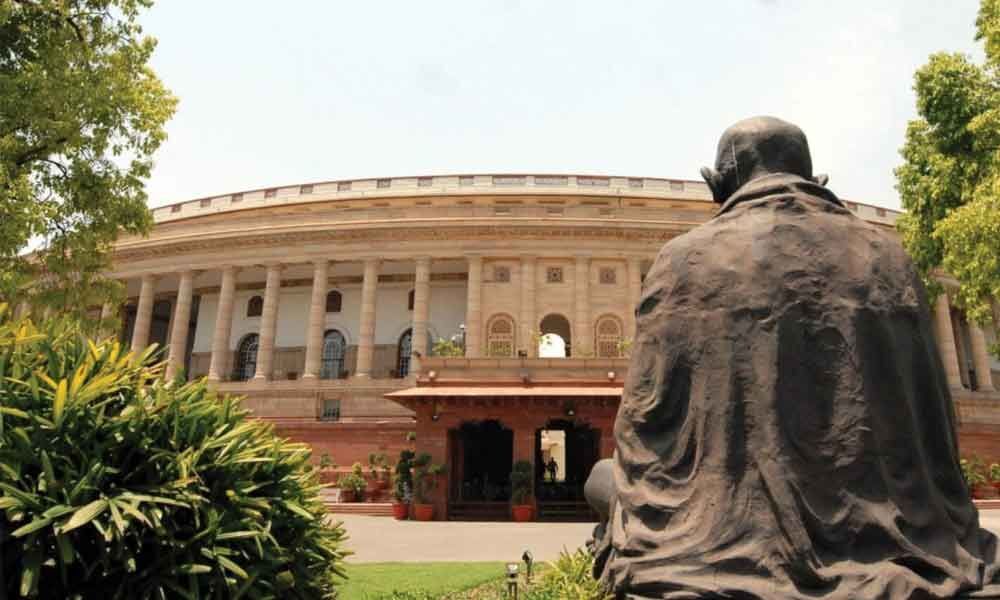 In a hitherto unseen development, the Centre is busy passing several Bills without following the usual procedures and without consulting the...

It is good to have a stable government whether it is at the Centre or in States. Any government which has majority gets empowered to execute its policies and programmes effectively.

It also helps in building confidence among the investors and helps in speedy development. It also becomes easy to pass important Bills. But then it also has a flip side.

Anyone who gets absolute or brute majority, as it is called in political circles, has the tendency to turn into a dictator and the ruling party would neither listen to the Opposition voice nor will it care a damn for them. In fact, this disturbing trend is being seen both at the Central level and in the States.

The ruling parties are bulldozing the Legislative bodies and passing even important Bills without proper discussion. In Parliamentary Democracy, the Parliament and Assembly are responsible for making laws for the benefit of the people of the country.

The laws they make impact every aspect of the people's lives and that requires a careful scrutiny by the elected representatives before the Bill is introduced in Parliament or Assembly and if need be they should even take legal advise on certain aspects so that they can effectively participate in the discussion, scrutinise every clause threadbare and then take a decision on whether to vote in favour of the Bill or oppose it.

To achieve the objective for which the Bill is being introduced, the government should follow a broad principle of discussing the matter with the Parliamentary Subject Committees before bringing it to the floor of the House for discussion.

Second, a periodic assessment of the functioning of that law to gain valuable feedback and insights, which can help in plugging gaps and taking corrective measures for better implementation of the law should also be there.

This was the general practice that was being implemented. But now things have changed. In the name of providing good governance and implementing the assurances that are made left, right and centre before elections, governments which got absolute majority are just passing the Bills in haste and claiming credit that they have implemented the promise made in the election manifesto.

The intention of the parties in power appears to be fulfilling the assurance without going deep into the issue and taking into consideration the other viewpoint.

Heavens won't fall if they refer some very important issues to select committees and ensure that these committees scrutinise the Bills and come with proper and unanimous recommendations cutting across party lines.

But then who is bothered about the end user. What is important is how many Bills they have passed.

The normal procedure to pass a Bill in legislative bodies is that a Minister moves a motion to introduce a Bill in the House. He/she has to give seven days' notice before moving this motion.

The introduction of a Bill in Parliament is called the "First Reading". If the motion to introduce the Bill is defeated, the Bill cannot be introduced.

Once the report of the Standing or Select Committee has been received by the House, it is taken up for discussion.

The time allocated for the debate is given to different parties based on their strength in the House. Here clause-by-clause discussion should be taken up.

Once a general discussion on the Bill has taken place, it is discussed clause-by-clause. The motion to adopt the Bill into consideration is then raised.

At this stage, MPs can move amendments to the Bill. The MP who has moved an amendment has to explain the reasons for moving the specific amendment.

An amendment can become part of the Bill if it is accepted by a majority of MPs present and voting. This is known as the "Second Reading". But the general practice is: put the amendments to vote and negate it by voice vote.

Preparing for a debate on a Bill, members should take into consideration like the recommendations of the Standing Committee Report on the Bill, what are the merits of the legislation etc.

Given the objectives of the Bill, what are the alternative approaches that can be taken? Does it contradict any other existing laws in the country? Are there any provisions in the Bill that are contradicting each other?

Are there any ambiguities in definitions? Is there a reasonable level of balance in the Bill in specifying the details and leaving enough flexibility for the rules? Careful consideration of Bills is necessary because laws are technical and require proper scrutiny.

Since Parliament only meets for a limited amount of time during the year, it cannot discuss every legislative proposal in detail. This is where the committees' role assumes importance.

Their meetings are closed-door where MPs engage with experts, academics, members of the civil society, industry as well as government representatives on the technicalities of the bill.

The reports of these committee are then looked into by the government to enable itself to fine-tune the proposed legislation.

The Bills that were considered in these joint sittings were The Dowry Prohibition Bill, 1959, The Banking Service Commission (Repeal) Bill, 1977, and The Prevention of Terrorism Bill, 2002.

But this practice slowly seems to be taking a backseat. New trend that is being witnessed is blame the Opposition, belittle them and try to project them as devils.

This tendency is certainly against the spirit of democracy. What appears to be the main consideration is vote bank politics.

Political parties - whether the ruling party or the opposition - take a stand based on calculations on whether this would help them in elections or not.

Long term effect of such hurried and narrow decisions is not taken into consideration. Since the ruling party has majority, they just bulldoze it.

Another sad thing is that the successive governments have become so intolerant that they do not even like to keep the names of some of the ongoing schemes or projects given by the previous governments.

They don't seem to believe in what Shakespeare said, "What is there in a name". They seem to be of the opinion that everything is in the name.

Instead it would be better if they improve the ongoing schemes, ensure better delivery and win hearts of the people.