People of Telugu states being misled on Polavaram Project 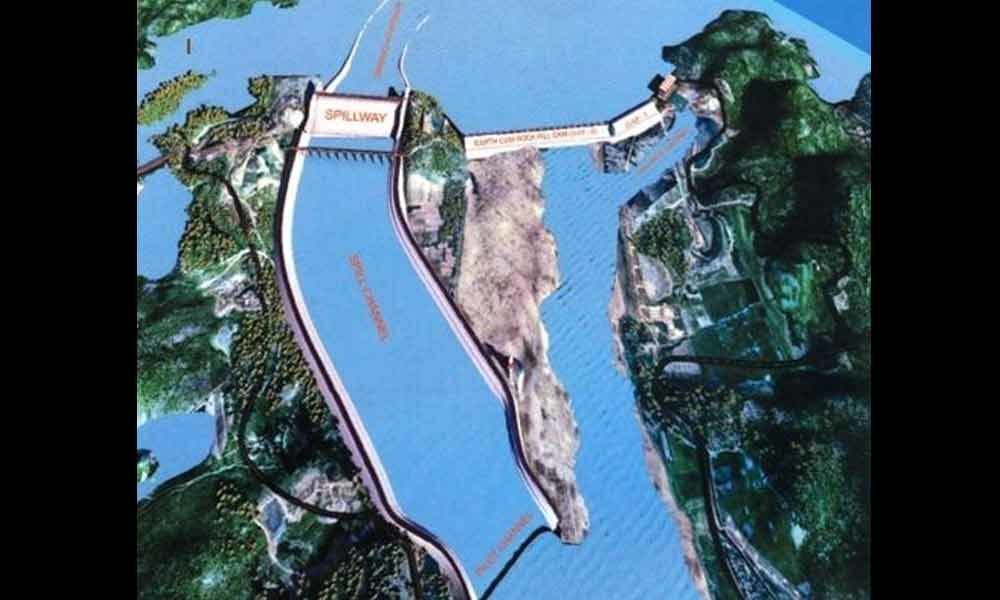 Statements have been made by some political leaders of Andhra Pradesh during the election campaigns and related postings in social media about the...

Statements have been made by some political leaders of Andhra Pradesh during the election campaigns and related postings in social media about the Polavaram Project and the stand of Telangana State.

They allege that Telangana State is opposing for the construction of Polavaram Project. To prove their allegation they cite the OS filed by the Govt of Telangana in the Supreme Court. This is far from truth and misleading the people of AP and Telangana as well. We wish to clarify the issue on the basis of the facts.

The 1980 agreement between Andhra Pradesh, Madhya Pradesh and Orissa says "the State of Orissa may exercise an option at the time of construction of Polavaram Project for compensation to land and property likely to be affected above RL+150 feet".

At that point of time, the matter of submergence and rehabilitation of territories in Telangana region was an internal matter of combined Andhra Pradesh State. Hence, no separate agreement was needed with Telangana region. However, after the formation of Telangana in 2014, it became the duty of Telangana State Government to look after its constituents.

In the Cabinet Note of December, 2013 circulated to the Legislative Assembly of Combined State of AP, Section 90 said "The Central Government to execute the project in consultation with the Governments of the two successor States following all environmental, forests, and rehabilitation and resettlement norms."

However, Section 90 of the AP Reorganisation Act,2014 says "The consent for Polavaram Irrigation Project shall be deemed to have been given by the successor State of Telangana ", and " The Central Government shall execute the project and obtain all requisite clearances including environmental, forests, and R&R norms." At that time, Telangana intellectuals expressed surprise over these changes in Section 90.

Further, if we go by the Act, it was already ensured that the Project related R&R was the responsibility of the Central Government. But, an Amendment Act to the AP Re-organisation Act was promulgated to transfer seven mandals from Telangana to Andhra Pradesh which contain areas of submergence due to the construction of Polavaram project.

Telangana scholars decried it as a foul play of Andhra Pradesh leaders to take away seven mandals and the Sabari river and the perennial Sileru Hydro-electric project from the territories of Telangana. There was no such transfer of areas of submergence of Orissa and Chhattisgarh States to AP.

On the whole, in 1980 Telangana could not be a part of the Agreement between the States on protection of its areas under submergence of Polavaram project, and presently, as a State, it is deemed to have been given consent for the project. This is a paradoxical situation and Telangana wants a remedy for this problem.

Some facts are given here regarding Polavaram issue. On the basis of the Agreement on 2-4-1980, Orissa wanted Andhra Pradesh to revise the study and protect its likely submerged areas as Central Water Commission changed the Probable Maximum Flood (PMF) of Polavaram Project from 36 Lakh cusecs to 50 Lakh cusecs.

It is true that prior to the formation of Telangana State, people of Telangana were opposing Polavaram project and cases were filed in the Supreme Court and got stay orders. Because of the fact that 275 adivasi villages and more than two lakh people were to be displaced and rehabilitated.

Apart from this, Papikondalu having unique bio diversity were to be submerged. These areas were part of Telangana region. It was major concern of the Telangana movement to protect its people and environment.

After formation of Telangana state the scenario changed. The areas of submergence were transferred to AP through amendment to the Reorganisation Act. The concerns of Telangana had changed in this new scenario. The State of Telangana has no business in opposing or stopping of Polavaram Project.

Telangana State has been stressing to protect important structures including Bhadrachalam Temple Town, Parnashala, Heavy Water Plant at Manuguru and other structures likely to be affected in the event of Polavaram project experiencing 50 Lakh Cusecs.

Telangana is asking to conduct Environmental Impact Assessment as per EIA Notification of 2006 by an independent / neutral agency like CWPRS and take necessary measures and to entrust the operation and control of the Polavaram project to an independent agency so that the areas in Telangana will be safe as water levels have to be maintained as per the Agreements in the GWDT.

Govt of Telangana had to file OS in the Supreme Court owing to the objections of AP state that as one of the defendants in 2007 case, Telangana cannot ask such kind of questions.

To bring the concerns of Telangana State to the notice of Supreme Court, an OS was filed seeking redressal for the above aspects. OS did not oppose construction of Polavaram Project.

Telangana Government's policy has always been a positive approach towards neighbouring states. Chief Minister KCR had, in fact, several times pronounced that AP should utilise Godavari waters going waste into sea for the betterment of its people and never stressed on the stoppage of construction of the project.

(The authors are Co-Chairman and Secretary, Telangana Engineers JAC respectively)