Why parties vie for this Haryanvi pinup? 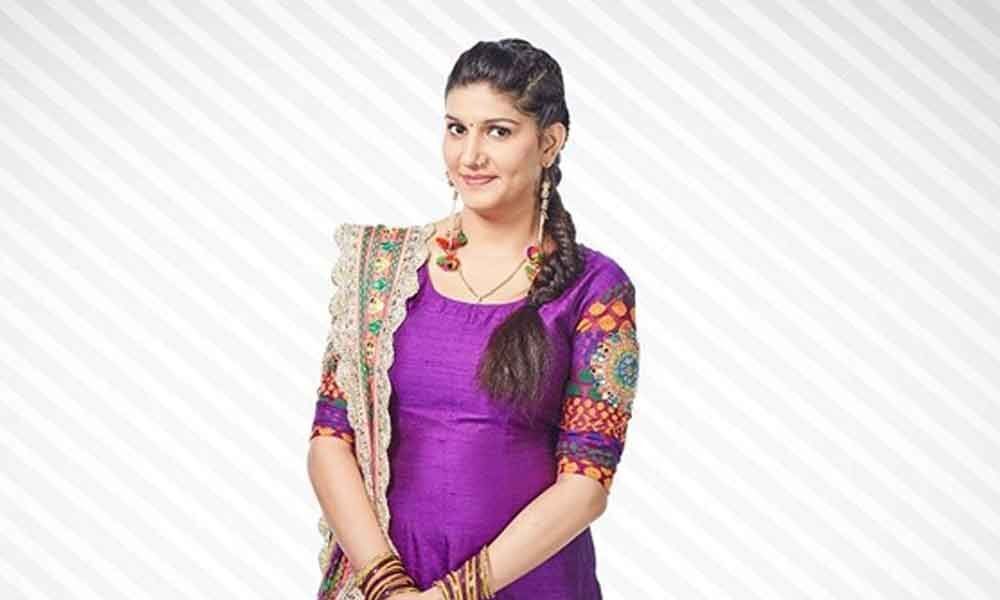 The 2019 general elections have thrown up a strange conundrum. Celebrities supporting or joining political parties is common (most recently, Gautam...

The 2019 general elections have thrown up a strange conundrum. Celebrities supporting or joining political parties is common (most recently, Gautam Gambhir and Urmila Matondkar), but a personality who has dominated conversations is one most Delhi journalists are unfamiliar with.

In the last week of March, as reports emerged that the Congress had brought dancer and Bigg Boss 11 contestant Sapna Choudhary into its fold, journalists were left scrambling: first, to understand who Choudhary is; and second, why the Congress wanted to bring her on board.

Away from the cocoon of Delhi's intelligentsia, in Jat-dominated Haryana, Sapna Choudhary is a sensation. So, reports of the BJP wooing her — as soon as the news linking her to the Congress broke — weren't surprising.

Then, a series of conflicting developments: Choudhary denied having joined the Congress, the latter furnished photographs of her signing nomination papers, and finally it seems as though she might campaign for the BJP in Delhi.

Now, she has accompanied BJP actor-politician Manoj Tiwari while he filed his nomination.

Why are two of India's largest political parties fighting over Sapna Choudhary, and what makes her so popular? Both these questions, in a way, point towards a similar theme: the importance of popular culture as an ingredient in the heady cocktail that is Indian politics.

In Haryana, Choudhary's home State, toxic masculinity is a way of life. The premium placed on masculinity is frequently echoed in instances ranging from the cases of honour killing and gender-based violence which have dominated the popular narrative of Haryana, to the State's extremely skewed sex ratio.

In such a scenario, it becomes even more imperative to situate Choudhary's rise to stardom within that violent landscape.

In her interviews, Choudhary has said that she represents a form of dance which is quite popular in Haryana; 'Khodia', as the dance form is called, is key to her stardom in the Hindi heartland.

Khodia is usually performed by women in Haryana during weddings — but behind closed doors, away from the male gaze.

The songs sung during a Khodia performance have sexually suggestive subjects and being away from the male gaze allows the performers a kind of freedom otherwise missing in the everyday public life of Haryana — a State where rules of gender proscription and prescription are brutally, sometimes violently, enforced.

Because the men are removed from the equation, Khodia becomes a celebration of female sexuality, while at the same time also pointing towards its repression in Haryana.

Sapna Choudhary has brought this dance form, confined otherwise to the women's private sphere, out into the public. During her concerts, while Choudhary performs on stage, the camera often pans to the audience, revealing the many lecherous men who whistle and dance to her songs.

While in the former scenario, the male gaze is removed altogether, in Choudhary's case, the power of the male gaze is harnessed — made subservient even — to the kind of assertion seen on the stage.

But this assertion can have its fallouts. When news about Choudhary "joining" the Congress broke, trolls had a field day targeting her online, hitting out at her "character".

This emphasis on "character", especially in the context of a female performer, offers an easy way out. It is the only way for the male gaze to reassert itself as both the purveyor and owner of the sexuality being asserted on stage (in this case, Choudary's).

We come to another aspect of Sapna Choudhary's rise, which is about the political importance that her stardom has fed into.

The reason both the BJP and Congress have their eyes on her, has to do with Choudhary's booming appeal, which has crossed over from Haryana's interiors to Uttar Pradesh, Rajasthan, Bihar and Punjab.

These are States with a sizeable Jat population, a demography crucial to both the Congress and the BJP.

In the previous election, post-Muzzafarnagar riots and a widening social distance between Muslims and Jats, the BJP found favour with the Jats. However, leading up to the violent Jat reservation agitations in 2016, the community began to feel that its interests weren't being met by the party.

In this election, a sizeable percentage of Jat leaders have pledged their support to the SP-BSP-RLD alliance, in part also because of the solid grassroots work of RLD's Ajit Singh.

While it is difficult to gauge in numbers the impact Sapna Choudhary would have on the political landscape of Haryana and Uttar Pradesh, going by the tussle between the two national parties in getting her on their side, it is clear that her importance cannot be overstated.

Choudhary is a figure of the grassroots, with a huge mass appeal. Moreover, as someone from within the Jat community, with a wide fan base, having made it to Bigg Boss — a TV show that has a cult following in India's Tier-2 and 3 cities — Choudhary represents aspiration, the idea of breaking away from the confines of small-town India, while being curiously rooted in it.

This movement from pop culture stardom to political influence is perhaps unique to the Indian experience, and those still baffled Choudhary's political rise need only to look at southern India to understand the dynamic between culture and politics, and how the latter feeds off the former.

We began by talking about a conundrum that this election has thrown up; to explain: Within Sapna Choudhary, there is also another equation at play, one most of the commentators have not paid attention to.

Situated within the violent milieu of Haryana, Choudhary also represents a confluence between two kinds of politics: gender and electoral. As recent data shows, the number of women voters has been growing exponentially, and this general election might well be when women voters outnumber men.

Juxtaposed with this electoral reality, as per data from Inter Parliamentary Union, as of 2014, only 11.8 percent of women enter the Lok Sabha, and 11.4 percent into the Rajya Sabha.

With such a huge discrepancy, it becomes imperative for political parties to attract this growing number of women voters, but at the same time, political parties — being primarily male fiefdoms — do not have the will to give tickets to more female political leaders.

Public figures with a solid mass base, like Choudhary, who can bring in both male and female voters, have a crucial role to play. Which party she ultimately campaigns for remains to be seen.

What is certain, is that Sapna Choudhary's arrival into the political consciousness of the present is complete.

Arnav Das Sharma (The writer is a New Delhi-based journalist and author, who focuses on the intersection between pop culture and politics. His debut novel Darklands will be published by Penguin Random House in the summer of 2019)