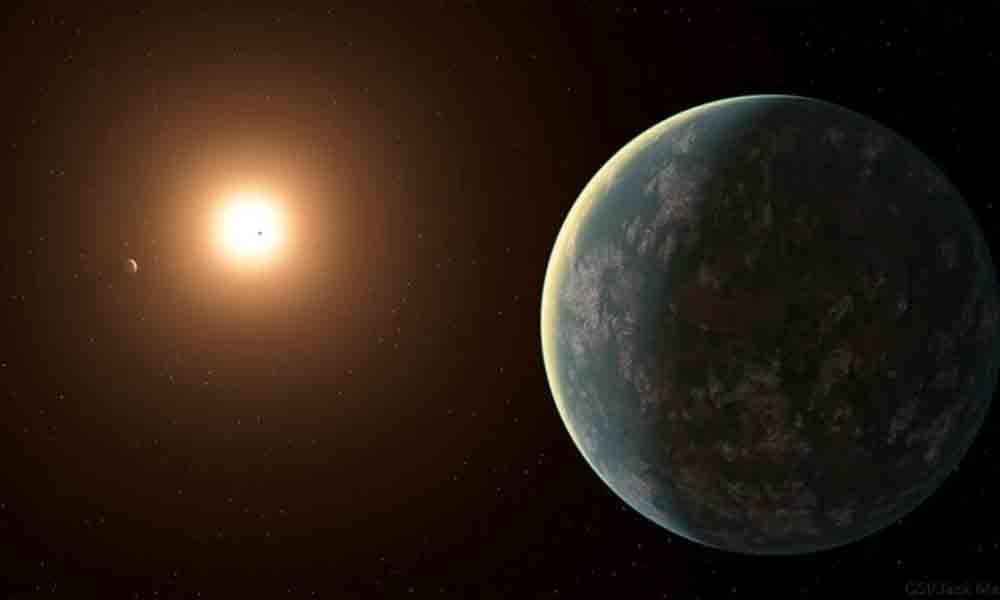 Scientists have characterised the first potentially habitable world outside our own solar system located about 31 light-years away.

Scientists have characterised the first potentially habitable world outside our own solar system located about 31 light-years away.

The super-Earth planet - named GJ 357 d -was discovered in early 2019 owing to NASA's Transiting Exoplanet Survey Satellite (TESS), a mission designed to comb the heavens for exoplanets, according to the research published in the Astrophysical Journal Letters. "This is exciting, as this is humanity's first nearby super-Earth that could harbour life -uncovered with help from TESS, our small, mighty mission with a huge reach," said Lisa Kaltenegger, associate professor of astronomy at Cornell University in the US and a member of the TESS science team.

The exoplanet is more massive than our own blue planet, and Kaltenegger said the discovery will provide insight into Earth's heavyweight planetary cousins. "With a thick atmosphere, the planet GJ 357 d could maintain liquid water on its surface like Earth, and we could pick out signs of life with telescopes that will soon be online," she said.

Astronomers from the Institute of Astrophysics of the Canary Islands and the University of La Laguna, both in Spain, announced the discovery of the GJ 357 system in the journal Astronomy & Astrophysics. They showed that the distant solar system - with a diminutive M-type dwarf sun, about one-third the size of our own sun -harbours three planets, with one of those in that system's habitable zone: GJ 357 d. Last February, the TESS satellite observed that the dwarf sun GJ 357 dimmed very slightly every 3.9 days, evidence of a transiting planet moving across the star's face. That planet was GJ 357 b, a so-called "hot Earth" about 22 per cent larger than Earth, according to the NASA Goddard Space Flight Center, which guides TESS. Follow-up observations from the ground led to the discovery of two more exoplanetary siblings: GJ 357 c and GJ 357 d.