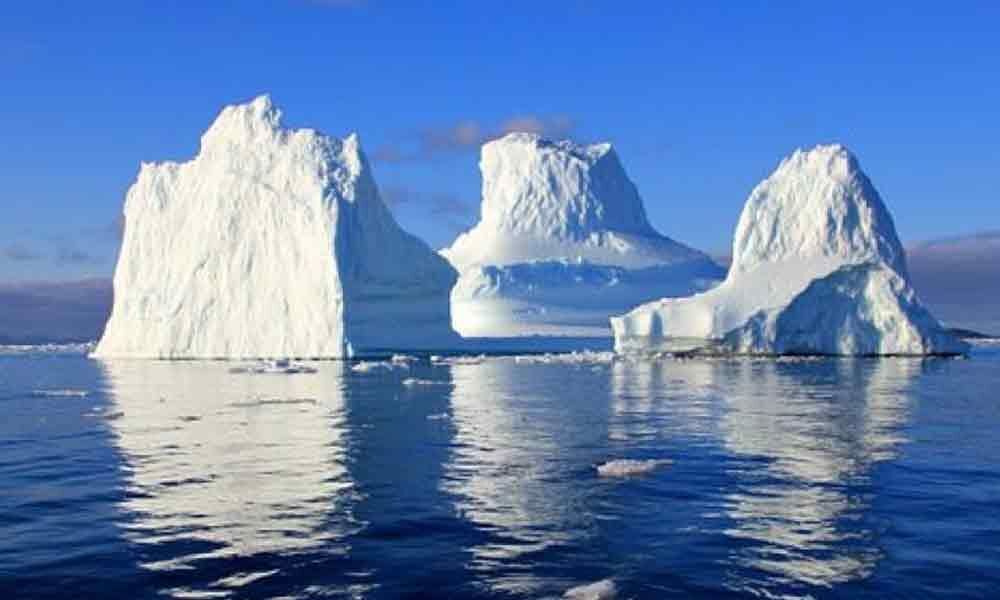 Copenhagen: In Greenland, climate change isn't just a danger to ecosystems but also a threat to history, as global warming is affecting archaeological remains, according to a study published Thursday.

There are more than 180,000 archaeological sites across the Arctic, some dating back thousands of years, and previously these were protected by the characteristics of the soil. "Because the degradation rate is directly controlled by the soil temperature and moisture content, rising air temperatures and changes in precipitation during the frost-free season may lead to a loss of organic key elements such as archaeological wood, bone and ancient DNA," the report, published in the scientific journal Nature, stated.

The team behind the study, led by Jorgen Hollesen, has been examining seven different sites around the vast Arctic territory's capital Nuuk, since 2016. In addition to organic elements, such as hair, feathers, shells and traces of flesh, some of the sites contain the ruins of Viking settlements. Projections used in the study, which are based on different warming scenarios, predict that average temperature could increase by up to 2.6 degrees Celsius, leading to "higher soil temperatures, a longer thaw season, and increased microbial activity within the organic layers".

"Our results show that 30 to 70 per cent of the archaeological fraction of organic carbon (OC) could disappear within the next 80 years," Hollesen told AFP. This means that these remains, some of which provide a unique insight into the lives of the first inhabitants of Greenland from around 2,500 BC, are at risk. When comparing their findings with previous surveys of the sites they found evidence of degradation already ongoing.

"At some sites we did not find any intact bones or pieces of wood, suggesting that these have disintegrated within the last decades," Hollesen said. Hollesen added that remains of organic material are being broken down by microbes, but their activity could be slowed down if precipitation increased.

"More rainfall would be good and less rainfall, bad," he said explaining that "if the organic layers remain wet less oxygen will be available for the microbes that degrade the organic materials". In other Arctic regions, such as Alaska, hundreds of ancient artefacts have recently emerged as the permafrost, the layer of earth that is frozen all year, thaws due to rising temperatures.