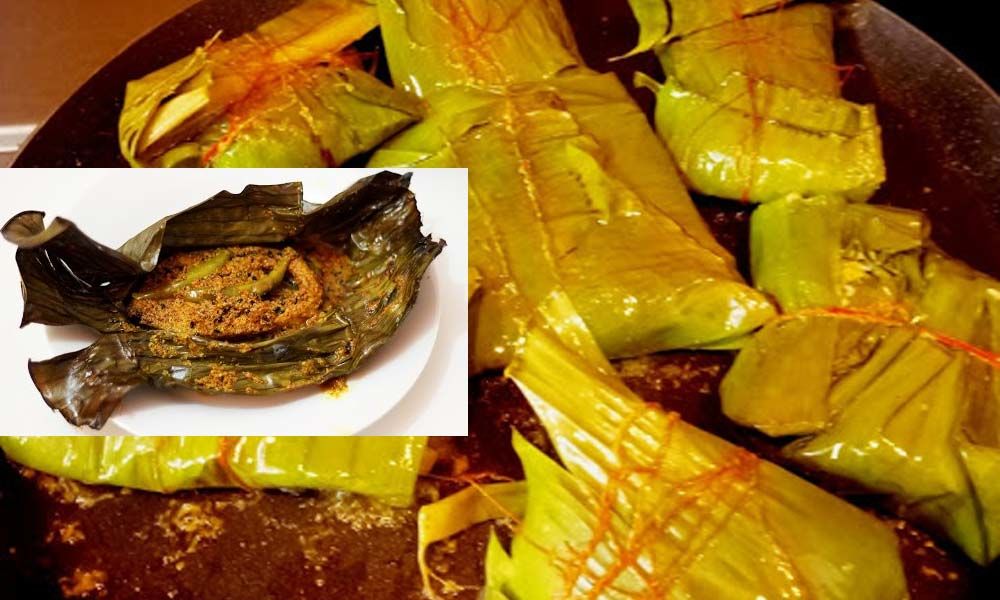 System 1. To start making Bengali Bhetki Macher Paturi Recipe (Barramundi Fish Wrapped in Banana Leaf), mix the pieces of fish into a bowl with half a teaspoon of turmeric powder and salt.

2. Make a paste of mustard seeds, poppy seeds and green chillies in a mixer grinder with adding a little water.

3. Take a cup of dried coconut. Remove the paste of mustard seeds, some salt to taste, and remaining turmeric powder. Mix with a fork, and make a fine mixture.

4. Cover and hold in the refrigerator for an hour.

5. Remove the fish from the refrigerator and whisk in a tablespoon of mustard oil.

6. Whisk gently, warm up the banana leaves for 30 seconds over an open flame, make sure it isn't burnt.

8. Fold the banana leaf to make it a square parcel and attach with thread that will not open the parcels during cooking. Repeat the process on all pieces of fish.

9. Now take a non-stick saucepan and grate some oil and place the banana leaf-wrapped pieces of fish on it (you can put 4-5 pieces at a time, depending on the size).

Cover the pan with a heavy lid and cook at medium heat for 8-9 minutes each side over medium heat.

10. When finishing one batch, remove them and put them in a casserole to keep the paturi dry. Follow the same cycle again for cooking the rest of the macher paturi.