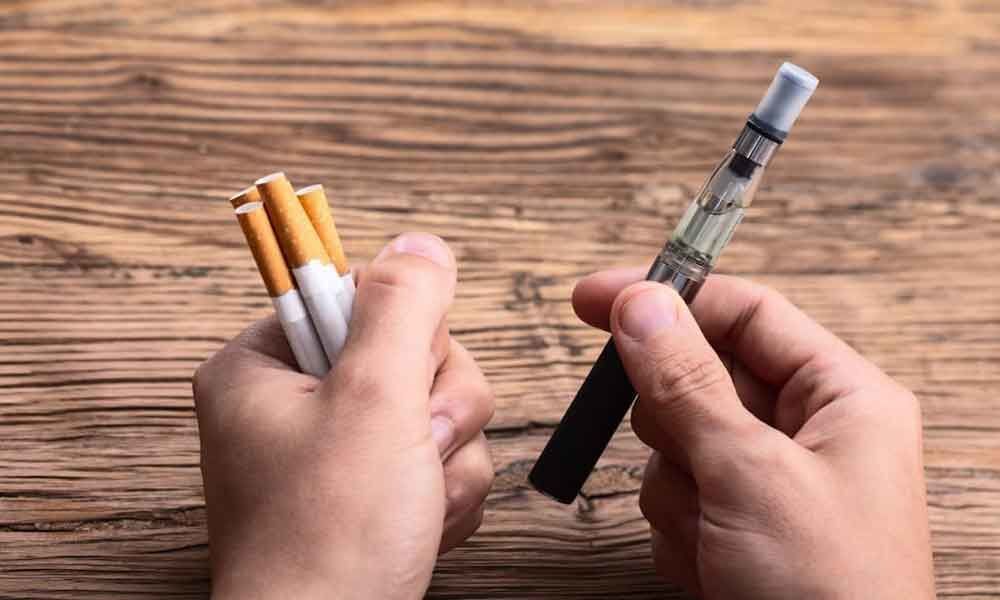 "Our findings suggest that smoking parents who start using e-cigarettes may have done so out of a desire to quit smoking," said Emara Nabi-Burza, lead author of the study published in Academic Pediatrics.

"However, many of them end up becoming dual users of cigarettes and e-cigarettes, maintaining their addiction to nicotine and also exposing their children to e-cigarette aerosols, which contain hazardous substances," Nabi-Burza added.

Jonathan Winickoff, senior author of the Academic Pediatrics said, "While e-cigarettes emit numerous toxins in addition to nicotine and still pose health risks, nicotine replacement therapy in the form of gum, lozenges or patches has proven effectiveness in supporting smoking cessation and eliminating nicotine exposure to infants and children."

The current study is an outgrowth of the CEASE (Clinical Effort Against Secondhand Smoke Exposure) programme, which trains pediatric office staff members to ask the parents of patients whether anyone uses tobacco products in their homes or cars and to provide assistance to help those who smoke to quit.

Studies have shown that significant percentages of the United States adults either don't know whether e-cigarette aerosols are harmful to children or believe they cause some or little harm, and the National Academies report also noted that there is 'conclusive evidence' that e-cigarette use increases airborne concentrations of nicotine and particulate matter in indoor environments, compared with background levels.