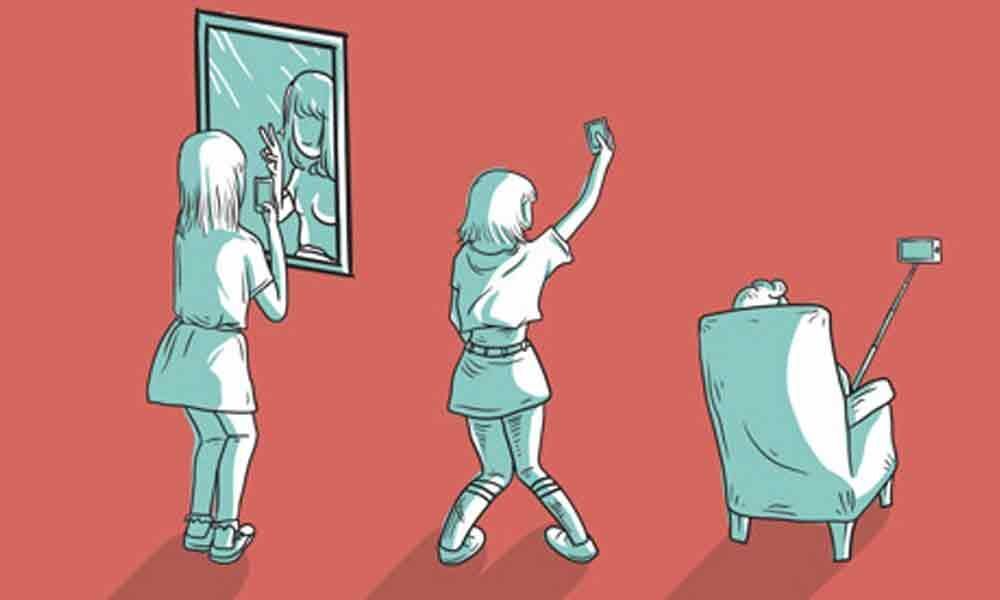 Initially, a lot of things have changed when smartphones provided a front and rear camera for users! And the birth of Selfie! Selfie is a photo taken from the smartphone's front camera, according to Wikipedia.

Initially, a lot of things have changed when smartphones provided a front and rear camera for users! And the birth of Selfie! Selfie is a photo taken from the smartphone's front camera, according to Wikipedia.

We all love self-taking and posting on our Facebook, Twitter, Instagram or other social media websites. Selfie wasn't even a word at the beginning. But after it came, Selfie was awarded the 2013 Word of the Year. Dear people, who take selfies, Hello. Okay. So. What kind of selfie is it? You know. Oh, you know. It's when you're taking your own picture and posting it on Instagram. Otherwise, Twitter. Or you can use Facebook. Or Whatever the children are in these days (is YOLO still a social network?). You're taking a lot of selfies. Yes, that's right.

You are aware of who you are. And don't pretend you don't know what I'm referring to, because all of your friends, followers and family members have seen the self-portraits you post from three to seventeen times a day anywhere. It's so many selfies. And don't get me wrong, girl (or guy), I applaud you. Considering that many of us like to spend most of our time on Facebook untagging our names in unflattering pictures (or is it detagging? Have we formally settled on the word to properly describe "removing pictures someone else posted on my Facebook timeline, because you're really going to tag that?"), and you're one of the self-loving Instagrammers letting everything out for the Internet to see. But here's the thing – people who may lack that self-confidence and self-love may not be as psyched about your propensity to over document every expression of your face.

Sure, you might see nothing wrong with taking a nice "stuck in traffic" picture of yourself, but when the picture has nothing to do with traffic and it's really more about how nice your hair looks today (and trust me, I did that), and when you start posting these pictures more than, let's say, once a week, you might be in danger of being labeled as one of those "Yeah, too many selfies... You know about whom I'm talking. Everyone in their Instagram feed has one or two of them. To some people, I feel like I'm that person. I've actually started setting up some rules for myself because overall, I think we could all agree that we're taking too many selfies, We, as in the Royal We, as in not just the Kardashian sisters and whoever the heck are those teenagers on Instagram's popular page (seriously though, WHO ARE THESE PEOPLE???). We need to set some selfie boundaries, as in the collective group of Instagrammers and Twitterers and social media users, and as someone who's inclined to TMS (Too Much Selfie-ing) herself, I'm happy to share some of the selfie rules that I've made for myself. I don't say you have to abide by these rules, but if you spend too much time taking pictures of yourself and wondering how much is too much (like, ahem, me), then give a whirl to my self-proclaimed

" SUHASINI'S SELFIE RULE #1: SELFIES ONLY ONCE A WEEK

Now, this rule obviously doesn't work for everyone – especially fashion bloggers who have to post selfies and OOTD (Day Outfit) pics. But this is useful for the hoi polloi to encourage self-restraint. This is also where I need to give Tumblr props because they were the first online platform to embrace the selfie – or, as previously known, the GPOY (Yourself's Free Picture) – which was a nice way to take a self-portrait and post it with a small amount of self-preservation. At least you're calling on the fact that the picture is pretty self-serving to some extent. In fact, Tumblr used to do this thing called GPOY Wednesday, which meant you could post a picture of yourself every Wednesday. I like that idea, and it's one that I've tried to keep up with at Instagram. I'm not letting myself post a selfie more than once a week, and I'm trying to do it many times a month.

If I post a selfie on a weekly basis consistently, then I'm trying to make sure it's not a free photo with a caption like "Happy Friday! "And then a picture of my face really close up. I mean, that's not what anyone wants. But let's say I'm going to post that photo – then I do my best by writing a funny caption or calling myself out to acknowledge its inherent narcissism. Even better (and funnier) is posting a funny picture of myself – like when I found that picture of me ten days after six years of jaw surgery. It's not a nice picture, but it's funny for sure. Selfie is perfect.

SUHASINI'S SELFIE RULE #3: WHATEVER, I'm GONNA DO ME

So the third rule nixes the other two because honestly, it's my Instagram account and I'm going to do what I want to do. And you ought to, too! If you don't want to see your mug every day, the people who follow you can unfollow you. Whatever. Although, following Rule #3 means we must be willing to accept that if your selfies are excessive or boring, people can unfold you, and there is nothing you can do about it unless you go back to Rules #1 and #2. Or maybe you're Kim Kardashian, so carry on in that case. Anyway, I hope my selfies guidelines have somehow helped. It really helped me, I'm not sure. If anything, to the extent of my narcissism, I just gave you all a front row seat. I can't believe we're living in a world where I've written 1000 words about self-portraits. I'll have to go out more. And then I'm going to take some outdoor pictures... oooh, perhaps I'm going to get a good selfie! Oh, and to those of you, I read this and think, "She's not talking about me, isn't she? "I am complete. You are aware of who you are.