Focusing on the ultimate goal 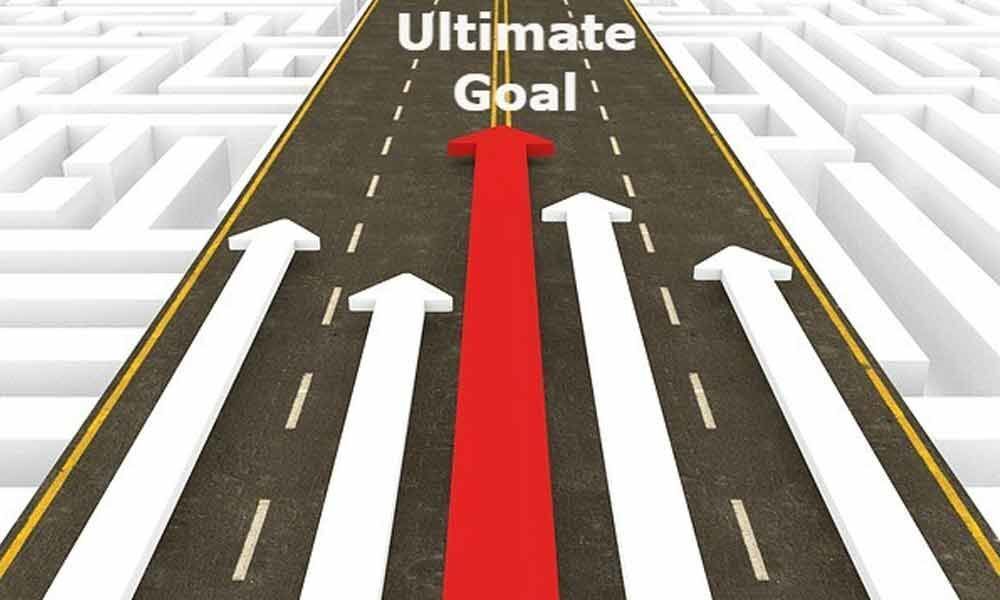 There was a frog which was living in a well. It had never gone out of that well. So, he thought the whole world was his own little well.

There was a frog which was living in a well. It had never gone out of that well. So, he thought the whole world was his own little well. One day, another frog from the sea accidently fell into that well.

So, the frog in the well asked the other frog, "Who are you? Where from have you come?" The sea frog said, "I am from the sea!" The well frog jumped from one end of the well to the other end and said, "Your sea? Is it as big as this?" The sea frog laughed and said, "My friend, how do you compare your little well with my sea?"

He said, "You have never seen the sea. Please come with me. I will show you the sea." The well frog got angry and said, "You are a liar. You get out! You want to take me to the sea and occupy this well. There is nothing bigger than this well in the whole world."

Swami Vivekananda said that is our problem. The whole audience erupted into a huge applause when they heard the story. He explained the Hindu sits in his own little well and thinks the whole world is his.

These ideas of Swami Vivekananda were learned by him under his guru, Ramakrishna Paramahansa, a great saint.

Swami Ramakrishna practiced several religions like Hinduism, Islam, Christianity— he observed meticulously all the practices of different religions. Based on his own personal experience, he declared "as many faiths, so many paths."

Muslims call the same water Pani. He said ultimately, all the people of various religions reach the same goal but the path or the way is different. So, he said, "Let us not fight about the path.