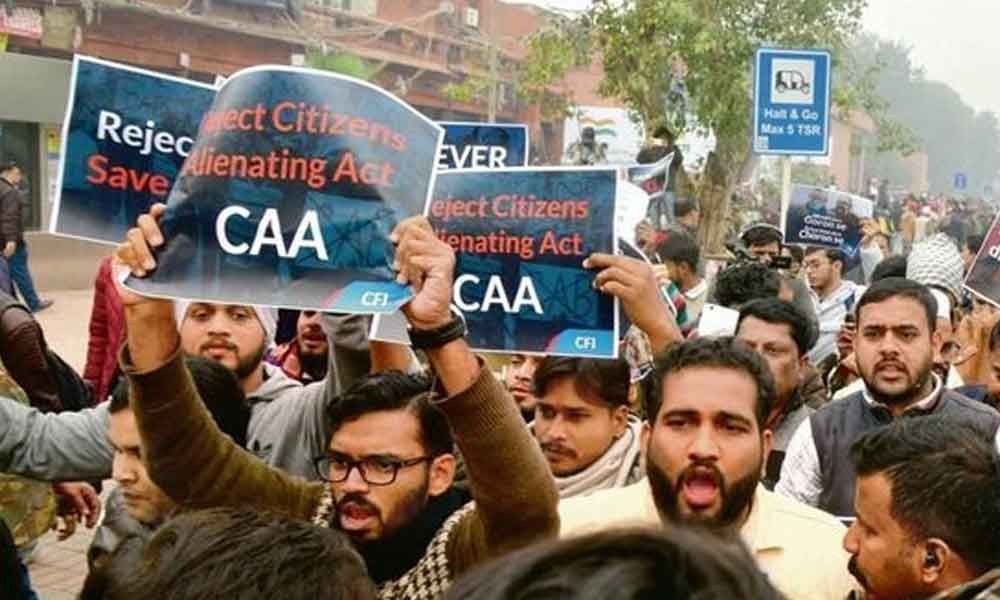 The announcement about the census, coming at a time when the agitation against CAA is still to die down, is certainly ill-timed. It is a surprise that ...

The announcement about the census, coming at a time when the agitation against CAA is still to die down, is certainly ill-timed. It is a surprise that the Union Cabinet failed to put off the decision for at least a few weeks for normalcy to be fully restored. It now provides enough ammunition for the already protesting agitators backed by the Opposition parties and the media for an opportunity to stir the pot of protest and agitation against the Modi government.

As if this is not enough, against the backdrop of the raging controversy over the citizenship law, Booker Prize winning author and activist Arundhati Roy, the torchbearer of the 'liberals', has urged like-minded persons to lie or furnish fake names when NPR house-to house enumeration is on.

Speaking at a protest against the CAA, Arundhati Roy is seen to be suggesting, "Whenever the officials come to collect your information for NPR, you can give wrong names like Ranga-Billa or Kungfu-Kutta and also give wrong address like 7, Race Course Road."

In her hurry to criticise the government, it is surprising that she is ignorant of Ranga-Billa, who were two hardcore criminals who made headlines because of the brutal rape-murder of a young girl and her brother in the 70s.