KCR, the number one CM? 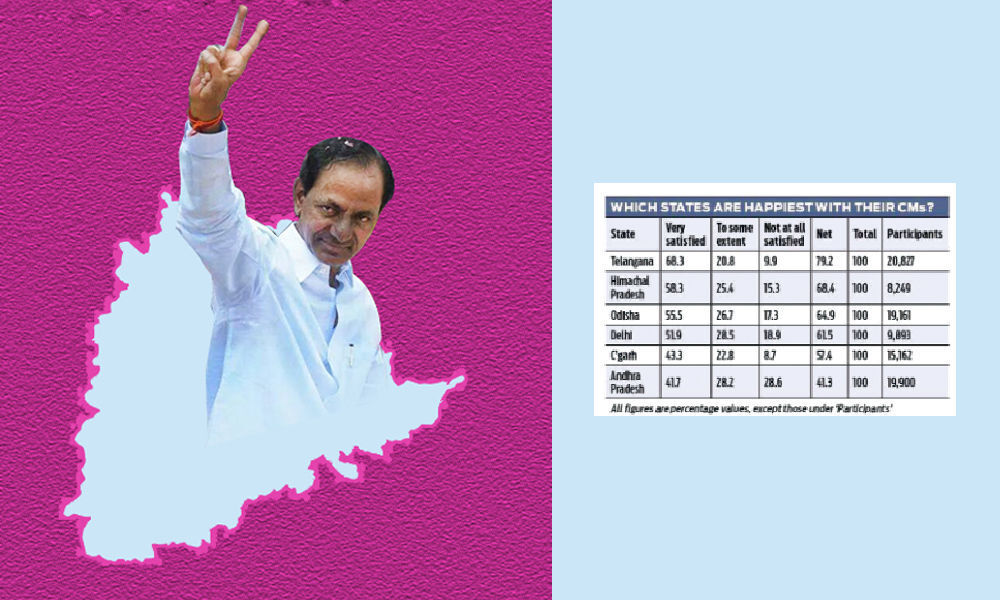 The recent C-Voter survey ahead of 2019 General Elections is a part of electoral gimmick played at the behest of TRS leadership. It is just to garner...

The recent C-Voter survey ahead of 2019 General Elections is a part of electoral gimmick played at the behest of TRS leadership. It is just to garner the image of TRS at national level. The entire nation is wanting to know who are allies of KCR's proposed Federal Front. Without answering the basic fundamental question taking the claim of number one Chief Minister in the country is biggest joke.

However their survey mentions that a record 68.3 per cent of participants in the survey were very satisfied with KCRs performance, according to the latest findings of the C-Voter-IANS State of the Nation Tracker opinion poll, which were disclosed on Friday.

Further it added more than two-thirds of the respondents in Telangana said they were very satisfied with KCR's performance as chief minister, the leader secured an impressive overall net approval rate of 79.2 per cent.

How can a mere 20,000 samples decide the governance and efficiency of a person?. Surveys are only to be considered for polling predictions that too on an appropriate basis.

It is also known to everyone that post formation of government there is no cabinet for almost three months. So it is very baseless and meaningless to assess the performance of government without any policy executions.

The reality is KCR government is not providing Pensions, Unemployment Assistance, Rythu Bandhu Assistance as promised in the polls. It is nothing but one more attempt to fool the people to allure their votes in the coming Parliament Elections.

I appeal to the people of Telangana not to fall prey for such politically motivated surveys. However TRS leadership claiming they are the best performers and comparing with neighbourhood state is a meaningless act.

It is nowhere suitable to compare with Andhra Pradesh, in that scenario Telangana have had more farmer suicides during its regime. When all these reality factors are considered then the actual survey would differ. It is mere political tactics of KCR and TRS just before elections.