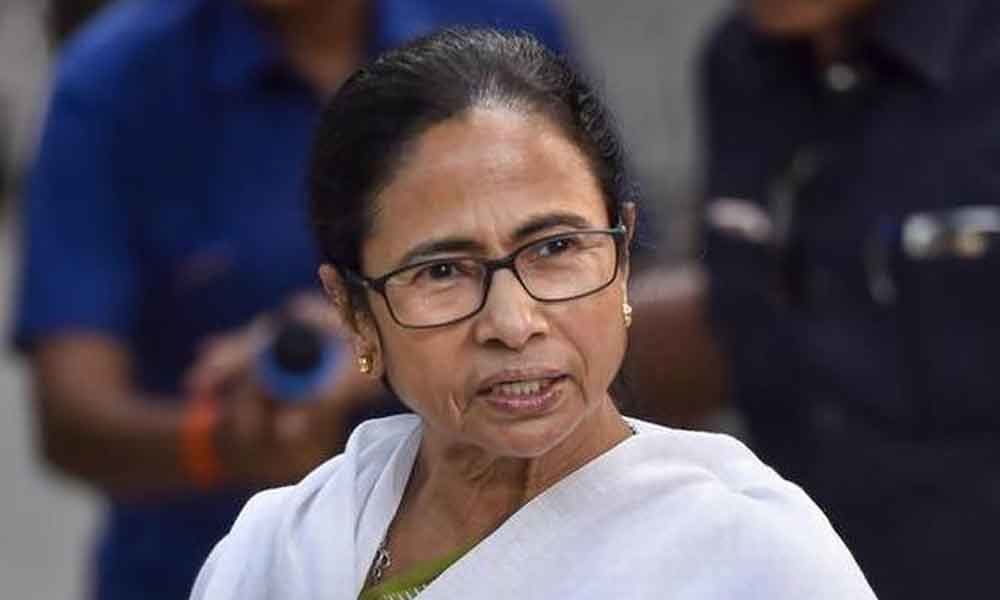 Bad-mouthed Mamata who has been spewing venom at Narendra Modi from every platform and not long ago even going to the extent that she will not...

Bad-mouthed Mamata who has been spewing venom at Narendra Modi from every platform and not long ago even going to the extent that she will not consider Modi as Prime Minister suddenly mellowed down and meeting prime minister is not due to change of heart but with a purpose.

That is to safeguard Kolkata chief cop from spilling the beans before CBI in the Saradha Chit Fund scam where most TMC lawmakers are deeply involved.

When she did not deem it fit to wish Modi winning the second term in the lok sabha polls and further even failed to show any courtesy to call on him, not only a billion dollar question arises why this sudden change but also raises doubts about her sincerity.

Needless to say, that even a day before her scheduled meet with prime minister, at a rally in Kolkata, she was highly critical of Modi's style of functioning.

In fact, maverick Mamata, an opportunist to the core is in the habit of ditching anyone at any time if it does not suit her, therefore, there is no iota of doubt that rare bonhomie exhibited by her to meet Modi at Delhi may not last long if the purpose of her meet with Modi indeed fails to take off.

Further, when she been maligning Modi with the choicest phrases and similarly undermining BJP in order to ensure that the party does not get a firm foothold in West Bengal, . her actions have given rise to suspicion that she cannot be trusted and is most unbelievable.

In thus backdrop, meeting Modi for talks on development is only a ruse when the fact remains that she is desperate to save Kolkata chief cop Rajeev Kumar on the run from been arrested and interrogated by CBI in the infamous multi crore Saradha Chit Fund scam where most of the TMC legislators have duped gullible investors to the tune of several thousand crores.

In this context, one wonders how Mamata Banerjee can think that prime minister can influence the investigating agency from proceeding further when law has taken its course to nab the chief cop in order to unravel the truth and names of persons who cheated and looted the money of thousands of poor men who parked their life savings for better returns.

Summing up, though Mamata Banerjee coming out to say that talks with prime minister were fruitful, the day is not too far when she would reveal her true colours after the actual mission fails.