Mixing politics and religion is dangerous 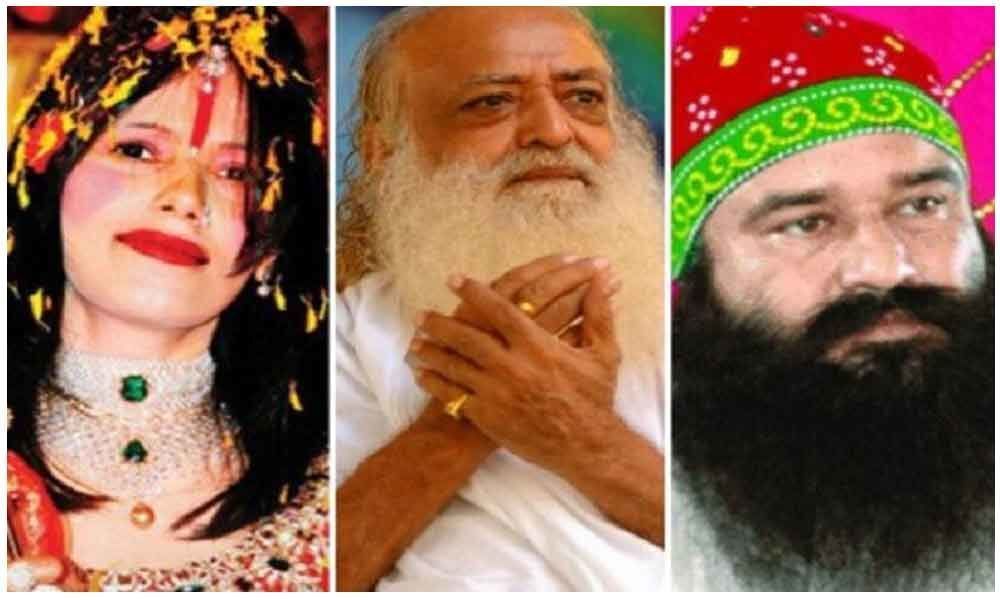 This refers to the edit page article "Godmen in Politics is big worry" (THI 8 June).

This refers to the edit page article "Godmen in Politics is big worry" (THI 8 June). Soon after India became independent, fortunately those days India had many Good wo/men to govern the country as otherwise, we would have become a good companion for neighbours Pakistan which is still under the grip of Mullahs as envisaged in its constitution as "Islamic Republic".

The present - day politicians probably realised that instead of taking outside support of these God(wo)men with large number of followers, it is better to bring them into their fold.

As for BJP under Modi, India would in course of time slowly turn into Hindu country with both educated or otherwise would accept it as a necessary evil either for good or bad. The entire Hindi heartland voters have voted in the name of religion well mixed with nationalism and Pulwama, Balakot and Pakistan came handy.

The trend of voting is changing from collective leadership to individual personality and PM Modi was able to fully exploit. The weak disunited opposition could not present alternative programmes.

The confused first-time voters also got carried away by Modiji's tough talk against Pakistan which also helped unknown BJP leaders to win in his name.

The vanishing Congress has huge responsibility to counter BJP against spreading polarisation of voters in East and South.

If Congress attempts to follow soft Hindutva, it would help BJP to follow tough side which would find more sadhus/sadhvis.

Another point, if Congress continues to allow Modi as victim by attacking him personally would only make stronger.

It is indisputable that Modi, after becoming PM in 2014, has succeeded all these five years in transforming Indians from being conscious of their livelihood issues to a state of being obsessive with their religion with his high voltage narrative of Hindu nationalism.

(Godmen in politics: a big reason to worry, THI, June 8). Now, the Hindutva sentiment is ubiquitous across India with an exception in some pockets in South which is why the religious class and the political class are dependent on each other to further their own interests.

There is now a disturbing trend in our country where politicians are deliberately focusing on their religious identity and religious leaders are coming out with their political choices to further their mutual interests.

In this course, the dividing line between religion and politics is becoming more and more invisible thereby leading to a situation where religion embraces political discourse instead of spiritual essence and politics contain religious rhetoric instead of debate on problems of people.

Really , a sad demise of secular credentials and fundamental values.

The situation is so grave now that even a secular party like Congress is exploiting Hindutva sentiments to consolidate its vote bank as was evident in its stand on SC verdict on Sabarimala.

It seems the so-called godmen are going to dictate the political future of India given the fact that India is gradually taking the shape of a Hindu country rather than a secular country.

It is unfortunate that the proponents of secularism can no more carry any heft with them and emotive and religious rhetoric of political class is what is going to tilt the scales in the future elections.

This doesn't portend well for Indian democracy. When , more and more people of majority religion view their political destiny through the prism of religion, certainly more and more godmen indulge in influencing the people about their voting choices which is certainly ominous to both religion and polity.

V Ramu Sarma in his article ["Godmen in politics, a big reason to worry"] dated June 8 , has rightly brought the evils of godmen , sadhus and sadhvis in politics.

Sadhvi Pragya Singh Thakur and Sakshi Maharaj called Mahatma Gandhi's assassin Nathuram Godse a patriot and instead of defeating them people voted them with big majority. Yes big question arises instead of hating them , why people are showing affection against them?

Sadhus or sadhvis should have to left behind all materials, family, social position, money and sexual attachment and live in caves, forests, mountains and temples. But now these Godmen, sadhus and sanyasis have become integral to the political parties.

You have rightly said that sadhus and sanyasis should strive for the benefit of humanity and should not have any affection or affiliation towards any individual or apolitical party.

But nowadays these godmen are getting political patronage. Right from Indira Gandhi to Narendra Modi many godmen were advisors to our leaders.

Many godmen were given land by Congress and BJP parties. Tax payers citizen's land were freely distributed to godmen by BJP and Congress parties.

The grand entry of swamis and saints in to predominantly north Indian political arena, proudly represents the religious nationalism that has taken the country by storm.

As we all understand, it is not an incident in isolation , but part of a large communal project undertaken by the so-called religious nationalist forces , now empowered and enthused by the phenomenal electoral success of right wing political party like BJP and it's affiliated organisations. (Godmen in politics, a big reason to worry, THIS, 8 June)

It is an open secret today, that with almighty BJP in power at the centre and in 19 states, these saffron clad politicians like Yogi, Pragya, & Sakshi Maharaj , have intensified their majoritarian rhetoric, and cultural onslaught in different spheres of life to promote the Hindutva agenda, behind the facade of development.

The real agenda seems to be the rewriting of history, onslaught on freedom of expression, messing with food habits etcetra, and ultimate establishment of a Hindu Rashtra , replacing the secular state.

What is matter of great political significance is that the saffron-clad leaders are performing the above said holy tasks assigned to them extremely well with missionary zeal and simultaneously bringing electoral success to the BJP, which has become a curious subject of research by the political scientists in this part of the world.

The political pessimists view this as a disastrously divisive development while the eternal optimists chose to describe it as a new politico religious awakening that has defeated the curse of caste system in Indian society.

In the final analysis , it is a fact that the religious nationalism represented by the political saints has thrown a big challenge to the secular India.