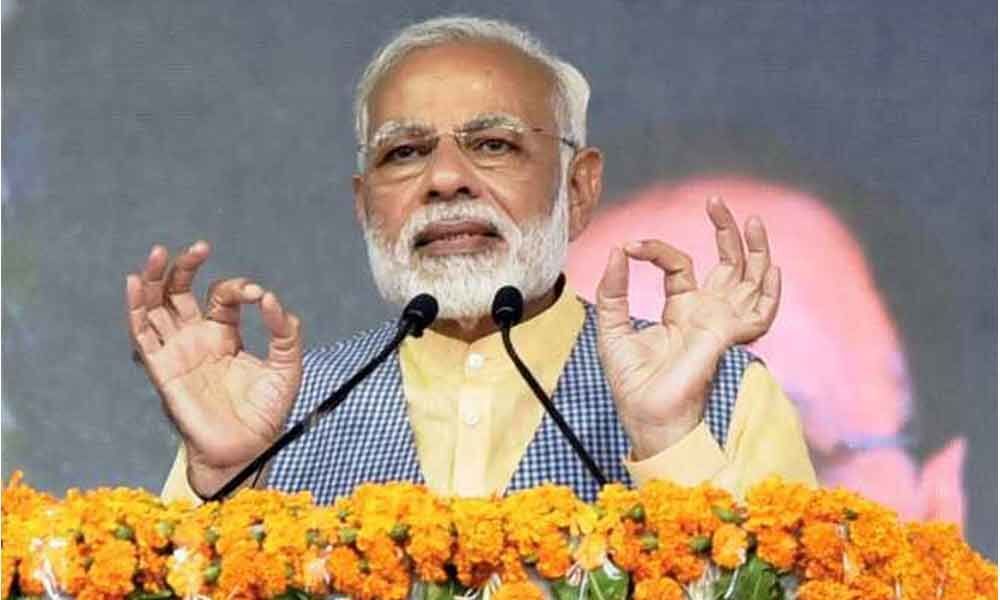 The unwarranted remarks of Modi during his election campaign in Kerala recently that people of Kerala are being sent to jails for invoking the names ...

The unwarranted remarks of Modi during his election campaign in Kerala recently that people of Kerala are being sent to jails for invoking the names of Sabarimala and Ayyappa display sheer irresponsibility of a PM who is treading a dangerous path to polarise the voters on communal lines to grab the power at any cost.(Modi misleading nation on Sabarimala issue: Vijayan - THI, April 15).

Modi should realise the truth that some people of Kerala were prosecuted for coming in the way of implementing the SC verdict and not for being the devotees of Sabarimala God.

It is regrettable that Modi, who always tries to give his own definition for nationalism and patriotism is indirectly instigating people to go berserk by breaking the law of land promulgated by Supreme court . A PM is supposed to be exemplary in words and deeds when it comes to implementing the verdict of Apex court and the law of land.

It is highly shocking and disturbing that Modi is projecting himself to be not only talking and doing nothing in support of the Highest judiciary's verdict but also going against a CM like Pinarayi Vijayan for his sincerity and honesty for doing his best to implement the law of land by exhibiting the gumption to stand by the verdict of Supreme Court even though his party stands to lose the votes of some people of majority religion .

Modi is unabashedly seeking the votes in the name of religion for his party by misinterpreting the praiseworthy actions of CM of Kerala in an irresponsible way which is nothing but stooping down abysmally for electoral prospects of his party.

What Vijayan is doing in this regard is placing the nation above petty politics and electoral gains and what Modi is doing here is placing the electoral interests of his Party above the Nation that too by exploiting the religious sentiments of people.

How can Modi, being the PM himself, talk and do something that not only goes against the verdict of Apex court but also undermines the attempts of State government to implement the law of land?

Moreover, he is resorting to all these cheap gimmicks by invoking the name of religion in a state which is known for its highest level of literacy in the country. If a person of the stature of a PM doesn't have respect to the verdicts of Supreme Court and the law of land, who else would have in this country ?