The tragedy of manual scavenging 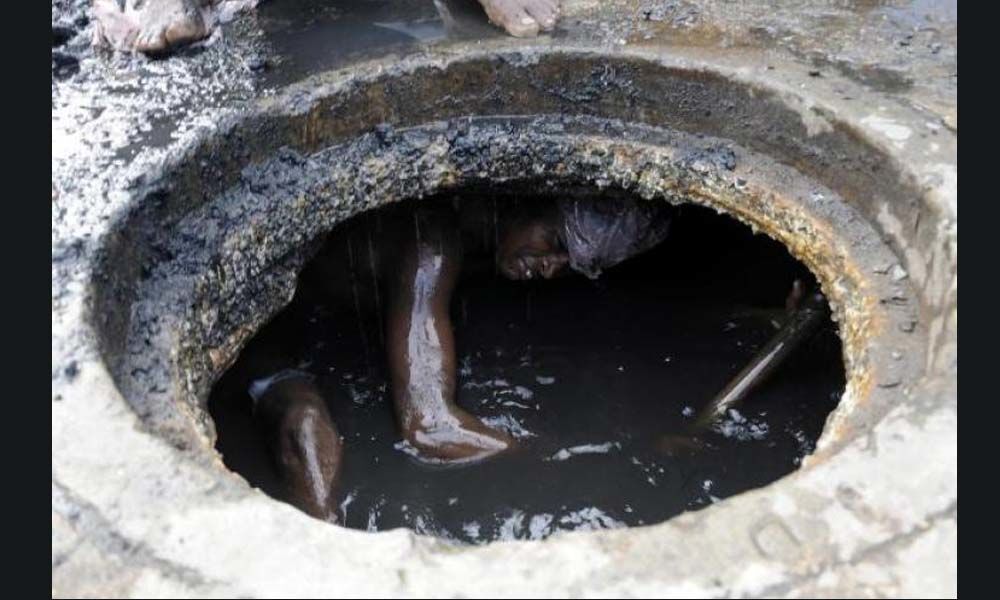 That manual scavenging is worst enough is realised to a large extent, thanks to the Swachch Bharat campaign and the advent of septic tanks in a...

That manual scavenging is worst enough is realised to a large extent, thanks to the Swachch Bharat campaign and the advent of septic tanks in a household had made the job somewhat simpler,what with all the safety norms strictly adhered to by the licensed professional workers only.

While travelling through the villages and semi-urban areas of which most of them having no public sewerage draining system, it is commonplace to witness writings on the every second house wall canvassing about contact numbers of those who are engaged in cleaning of septic tanks.

The death of six people, who entered a septic tank,in Sriperumbudur,in hind sight,is an otherwise surely,avertable tragedy,in that all those who entered the septic tank are non-workers and ventured at their own risk, either fully aware or unaware of the risk asphyxiation.

What is worse enough is one after another following blindly, without giving a thought for a moment about the fate of his precedent. In the event,a death is a final extinguisher, whether for a professional or non-professional.