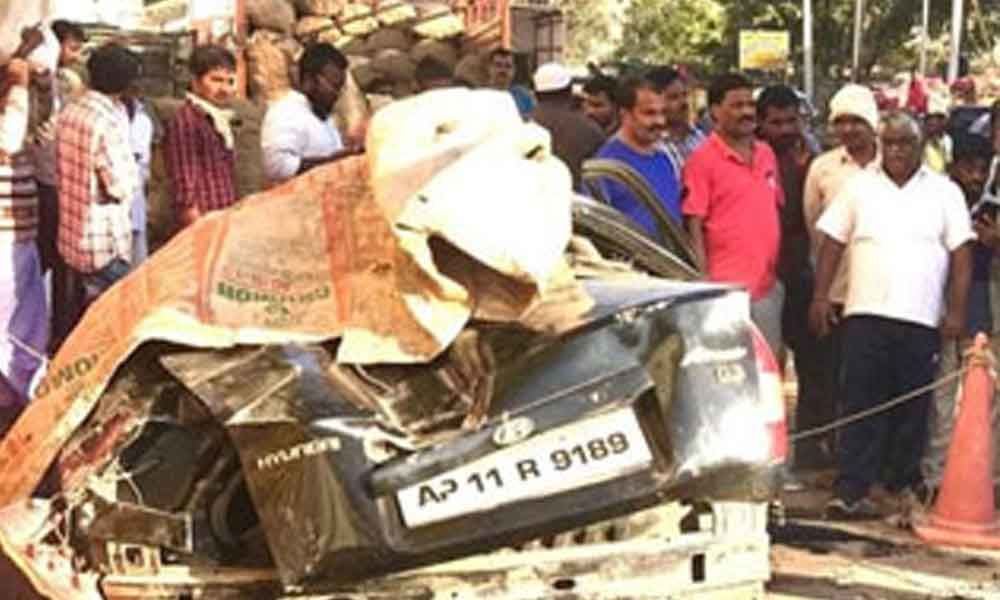 A person was killed and five others injured after a car fell down from a flyover here at Bharat Nagar in the early hours on Tuesday.

A person was killed and five others injured after a car fell down from a flyover here at Bharat Nagar in the early hours on Tuesday.

Sohail who was driving the car (AP11R9189) along with his friends suffered serious injuries and died on the spot. The injured were shifted to Gandhi hospital for treatment. According to the police, the victims were identified as the residents of Nehru Nagar in Borabanda.

Family members of Sohail told the police that all the six left home at 10.30 pm on Monday. The mishap took place around 2.30 am on Tuesday. The police registered a case and are investigating.

On November 23, 2019 - a car from the bio-diversity flyover fell down before a car showroom and killed a woman who was waiting for the bus. Over a month after the car accident, the flyover was reopened on January 4, 2020.