An evening of rhythm 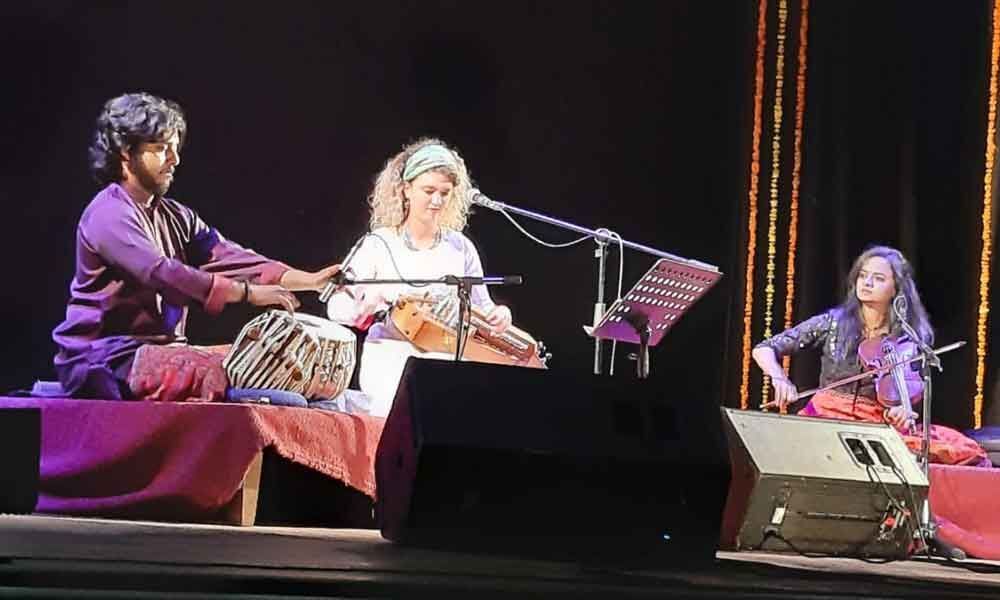 An evening of rhythm
Highlights

Franco-Indian Music concert was presented by Alliance Française recently at Ravindra Bharathi. Two gems of music met on stage and married their exquisite styles of singing and ﬁddle playing: the French singer and hurdy-gurdy player Éléonore Fourniau whose music comes from the pains and joys of the Kurdish people and displays stunning sensitivity and the Indian violinist Nandini Shankar who interprets the ragas of Hindustani music in the gayaki ang (vocal style) with great subtlety.

Their repertoires are known for the highly reﬁned treatment of microtones and the delicate musical ornamentations. They were accompanied by the talented tabla player Abhishek Mishra who added his touch by creating rhythms in his brilliant style. The concert was an invitation to immerse ourselves in the timeless melodies of the vast lands of Kurdistan and India: a pure bliss to expect!