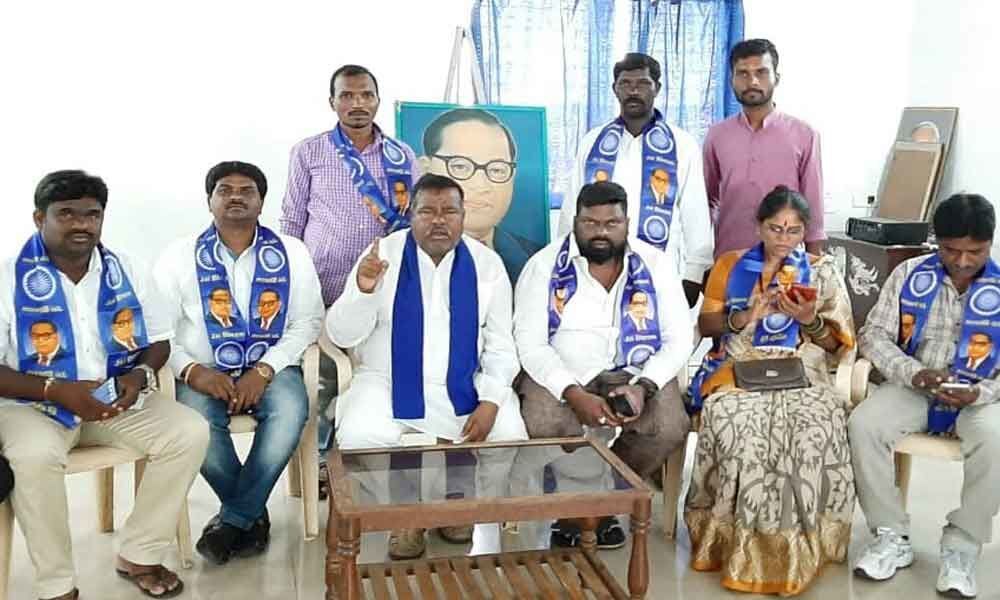 Speaking at Spoorthi Bhavan located at Military compound on Wednesday, Chennaiah expressed his happiness over the AP CM's stance on the issue. Jagan who promised Mala community members during the padayatra of supporting them and not favouring the SC categorisation had kept his promise accordingly, he said. Chennaiah hoped that AP CM would continue to support them in their cause.

Criticising the former Chief Ninister N Chandrababu Naidu for causing hostilities between Madiga and Mala communities, he said the TDP was defeated in the assembly elections as Malas pledged to defeat him. He appealed to the Chief Ministers of other states to take cue from Jagan's stand. Malas in both the Telugu states are pleased with AP CM's stance and would continue to support him, he said.