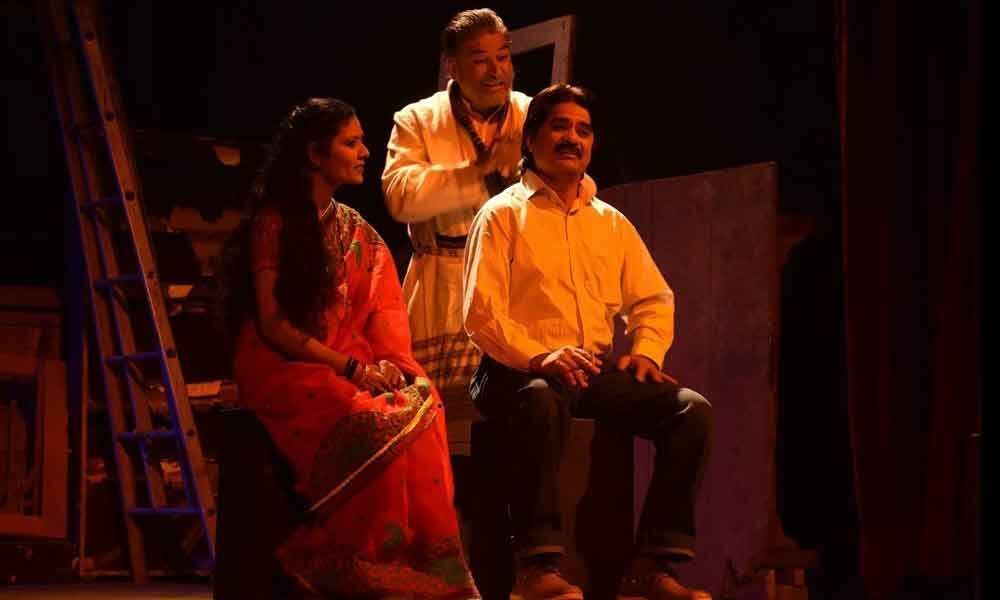 Samahaara Workshop Productions presents N Taraka Rama Rao's 'Bakaasura' (Telugu) & Badal Sircar's 'SaariRaat' (Hindi) by the participants of the Samahaara Production Oriented Theatre Workshop Directed by NagarajuPejjai. Bakaasura, a political satire, was written by N Taraka Ramarao. The play is based on a tale from the Mahabharata. The story revolves around a giant, Bakaasura. The funny part of the story is how the king uses the name Bakaasura to control the people.

SaariRaat: Who are you? Only the face you show this world, or something more? What lies in the deepest depths of your desires? Samahaara Workshop Productions presents a play based on Badal Sircar's SaariRaat, a psychological drama that revolves around 3 characters: a young couple and an old man, stuck to spend the night together.

It talks about the possibilities we are afraid of considering and the lives we deny ourselves through the story of a woman trapped in a given world symbolised by her marriage to a man who will not see her for what she really is.