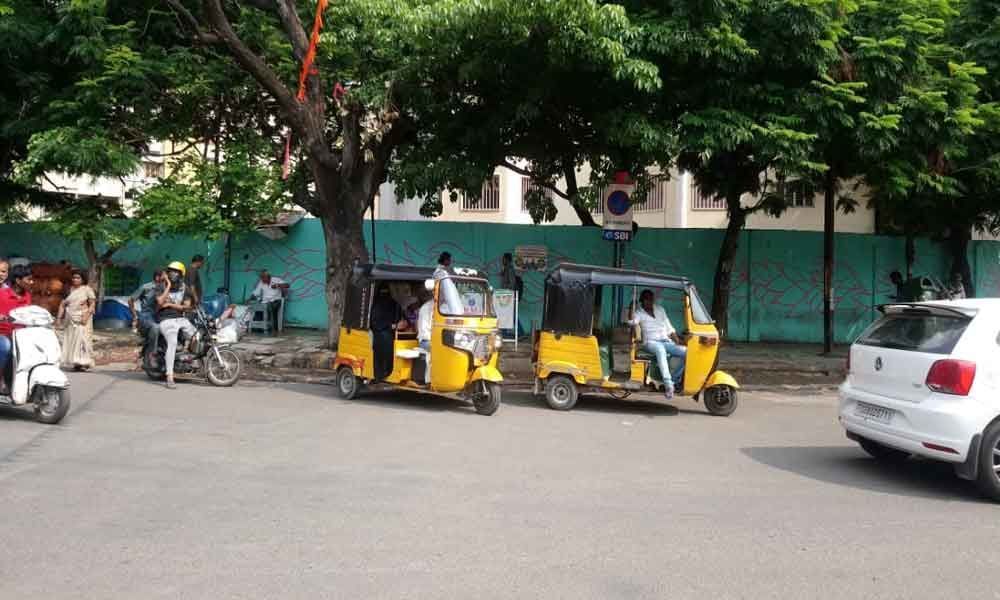 From Mitrivananam to Jubliee Hills, there are a count of 6 bus stops in between namely, Madura Nagar, Yousufguda Basti, Yousufguda Checkpost, Krishna Nagar, Indira Nagar and Vekatgiri.

Jubilee Hills: From Mitrivananam to Jubliee Hills, there are a count of 6 bus stops in between namely, Madura Nagar, Yousufguda Basti, Yousufguda Checkpost, Krishna Nagar, Indira Nagar and Vekatgiri.

Any of these bus stops is not at all built for shelter and it becomes very difficult for commuters to wait for busses in the scorching sun. In addition to it, half of the place for standing is covered by the autos causing difficulties to commuters.

"There was a bus stop here one year back. It was demolished while constructing Metro Railway Station. Since then, the bus stop turned shelterless. We had to wait under this sunny summer as we don't have any shade to take shelter here, At least in summer, bus shelter is pretty needed for us," said Venkaiah, a plumber.

"It's a very difficult task every day to catch bus at this (Yousufguda Checkpost) bus stop. Any one new to this area won't be able to recognise this as a bus stop as there is no indication to claim it. There is not even a single board stating it is a bus stop.

Moreover, autos in this area are very much available. Even though they could see people waiting for buses, they come rashly. It's really scary to stand on road even. I request government to do something favorable us," pleaded Hymavathi who works at a showroom.