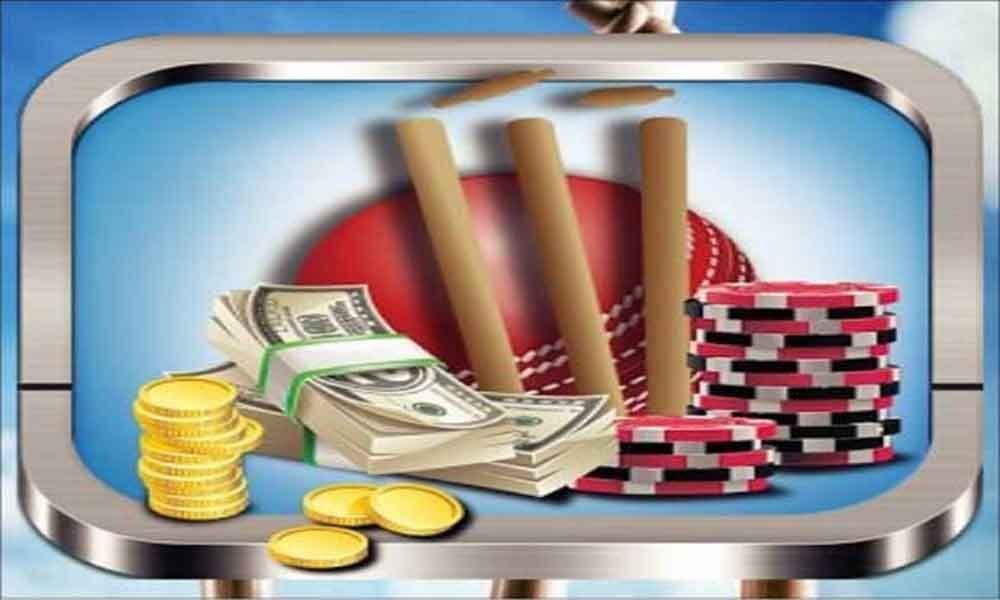 Cricket betting has reached a feverish pitch. People are getting caught almost every other day.

The Hyderabad, Cyberabad and Rachakonda commissionerates have apprehended many bookies in the last few months. According to recent data from Hyderabad city police, the cases registered over cricket betting are gradually increasing. Around 61 cases registered in Hyderabad in 2019 (January 1 to July 10), 107 accused apprehended and two cases are under investigation. About Rs 58.09 lakh was seized in the latest six months.

Hyderabad, Mumbai, Delhi and Kolkata have as many as 2,500 bookies (who accept bets on behalf of people on the outcome of the contest), supported by several punters or collection agents (who take bets on behalf of the main bookie).

Bets are not just placed on the actual result, but on a variety of outcomes like runs scored in an over, number of wickets taken by a bowler, number of sixes and fours, number of dot balls in an over, run outs or stumped wickets.

Most of the cricket bets happen through phone calls and social sites. As the match progresses, bettors stay in constant touch with their relatives or friends to alter bets. The preferred medium of communication is WhatsApp, considering its end-to-end encryption and cost-effectiveness.

Speaking to the Hans India here, a task force officer said, "The servers of betting websites and applications are located in other countries. The bookie operates with the help of punters through different social media platforms to update betting figures. They also keep changing their locations frequently. The money also gets transferred online into different bank accounts, so that it is difficult to trace and locate the offenders."

"The bookies are opting for latest technologies. In order to catch a bookie, we have to get into their boots and think like them, which makes the job easy up to some extent," he added.

Bet 365, Dafabet, Betway, BetOnline and Betfair are some popular betting websites.Bookies use up to 50 cell phones (phone numbers are changed after every big series) to connect with bettors. Around 10 phones are kept on hold (to bar incoming calls) to get in touch with the rich patrons, while the other phones ring off the hook throughout the match. The settlement is done in 30 min after the match.

The transactions are settled through unidentified people if a person is not an online bettor. Payment defaults are rare in cricket betting, as bookies allow bettors into their fold only after getting two references from other high-profile bettors. The value of the bets is humongous.

Dream 11 is banned in Telangana, Assam, Odisha, Nagaland, and Sikkim. It is now an official partner of BCCI's IPL, despite being prohibited in five states. Dream 11 is considered to be a form of gambling, as the contestants can make money by predicting the performance of the players.

Currently, Dream 11 is associated with IPL, through a three-year deal worth Rs 120 crore, and promotes a business that is legal, but is similar to sports gambling, which is banned in India, in many ways, for contestants can make money by predicting players' performances.

Earlier this year, on January 4, a three-member panel appointed by the Supreme Court also recommended legalizing cricket betting in India. The panel was headed by Chairman RN Lodha, was set up to investigate the IPL match-fixing scandal of 2013.

They seized net cash of Rs 5.49 lakh, 4 cell phones, 3 TV sets, 17 betting collection receipts and other material from the possession of Adit Gemawat (24), S Paramesh Nagaraj (23) and N Vijay Kumar (40) who were organising betting during ICC Cricket World Cup Final ODI Match from punters clandestinely to gain illegal easy money. The accused along with the seized material were handed over to the SHOs of respective police stations for further investigation.

Dream 11 is considered to be a form of gambling, as the contestants can make money by predicting the performance of the players. Bet365, Dafabet, Betway, BetOnline and Betfair are some other popular betting websites.