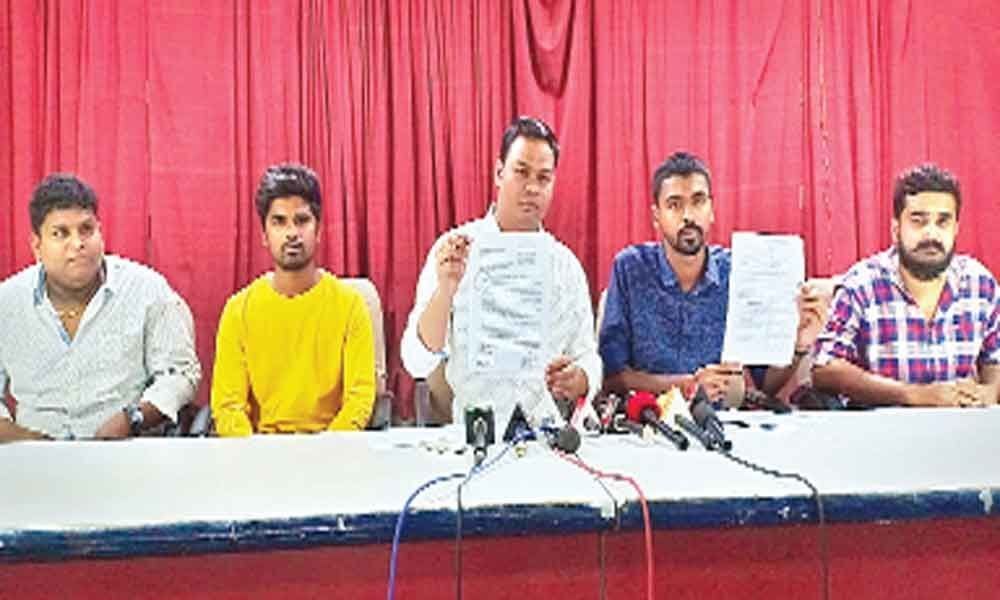 Kumar said that he had been trying to seek information from the Intermediate Board under RTI Act on its activities, but the Board refused to provide any information in this regard.

Basheerbagh: President of Telangana Students Federation (TSF) Burra Sanjay Kumar said that the Education Department secretary Janardhan Reddy and Intermediate Board Secretary Ashok Kumar should be held responsible for the goof-up in the evaluation of Intermediate examination papers and demanded that they be sacked. He was speaking to the media at the Press Club here on Wednesday.

Assigning the responsibility of evaluation of the Intermediate answer scripts to an inexperienced firm has resulted in the goof-up, Kumar opined. He found fault with the Intermediate Board officials who made insensitive comments against students, instead of creating an atmosphere of trust. He demanded the state government to suspend education department secretary and Inter Board secretary, holding them responsible for the fiasco.

He urged the government to open recounting centers at every district center to meet the student rush and save time. Among those who were present include student leaders Sai Kiran Rao, Venkatesh, Sanjeev, Ramesh, Srikanth and others.