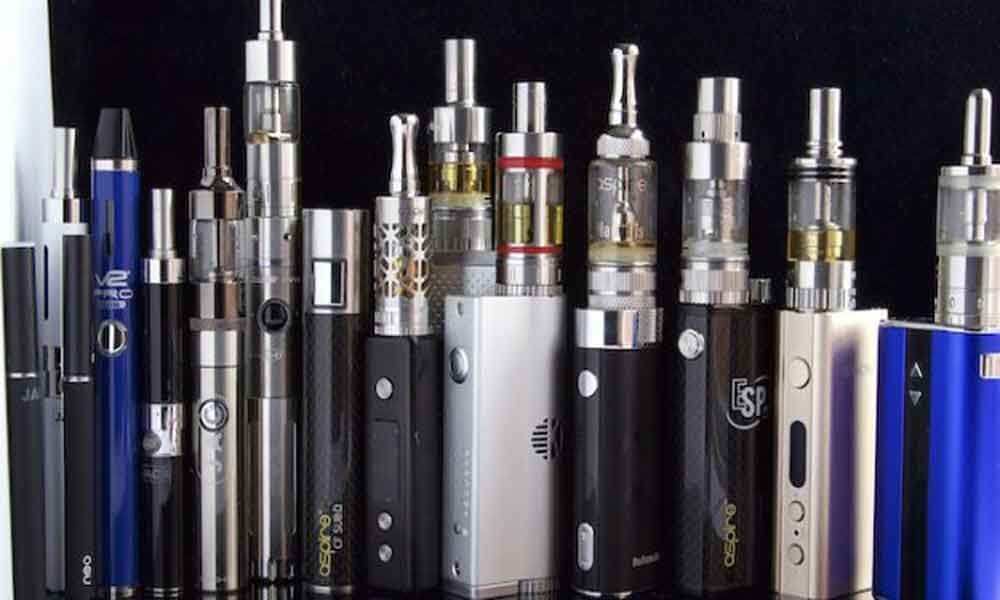 While 90 per cent of lung cancers can be avoided by eliminating the use of tobacco, the belief that e-cigarettes help in reduction of cancer cases is not true, according to the seventh World Health Organization (WHO) report released on Friday.

Hyderabad: While 90 per cent of lung cancers can be avoided by eliminating the use of tobacco, the belief that e-cigarettes help in reduction of cancer cases is not true, according to the seventh World Health Organization (WHO) report released on Friday.

The growing popularity of e-cigarettes, battery-powered devices that enable users to inhale addictive nicotine liquids, has raised fears among policymakers worldwide of a new gateway addiction for young people.

While vaping exposes users to lower levels of toxins than smoking, the World Health Organization said the devices still pose "health risks" to users. "Although the specific level of risk associated with ENDS (electronic nicotine delivery systems) has not yet been conclusively estimated, ENDS are undoubtedly harmful and should therefore be subject to regulation," the WHO said in a new report on the global smoking epidemic.

There was also "insufficient evidence" to support claims of their effectiveness in assisting smokers trying to quit conventional cigarettes, it said. It urged smokers and governments not to trust claims from cigarette firms about their latest products. "E-cigarettes never help in reducing cancer cases, instead, it might develop an aggressive lung issues," say experts.

"Electronic cigarettes contain nicotine but not tobacco, were promoted as a way to quit smoking. But there was no evidence to justify the claim. E-cigarette usage increased the number of smokers in the youth and if it is not controlled there might be a chance for the addiction of E-cigarettes.

We can't blindly assure e-cigarettes are safe to use, other components like reactive substance available in the E-cigarettes will affect health if the usage is not controlled in a certain time period," says Dr Avinash, senior Interventional Pulmonologist, Apollo Hospitals.

Vaping or e-cigarettes can damage vital immune system cells and may be more harmful than previously thought, says Dr Nalini, Pulmonologist, Continental Hospital. "There are no-long term studies available on e-cigarettes and it is not preferable to prescribe for the smokers in a treatment to quit smoking. In addition to it, e-cigarettes may cause health issues related to lungs," she added.

WHO message made it harder to provide for safer options for people who cannot quit smoking. There is no question that the best choice for smokers is to quit cigarettes and nicotine altogether. "Organisations like the WHO need to be cautious when promising something to the world. It is never too late to know it (e-cig) is harmful. Though it is late, a quick action must be taken by the smoke addicts and the cancer patients to quit smoking," said Parthiva, Consultant Pulmonologist, Kukatpally.

Briefing on the distinction of e-Cigarettes and cigarettes Dr Vijay Kumar, Pulmonologist, said "There is no difference between cigarettes and heated tobacco products except that the exposure is lesser and the smoke is not visible."

Presenting their view on latest reports of WHO, a smoker said, "WHO has clear guidelines to get electronic cigarettes regulated. And if you are banning it, fine, but if you aren't banning it don't let it be available free in the market, because the young people are taking it up."