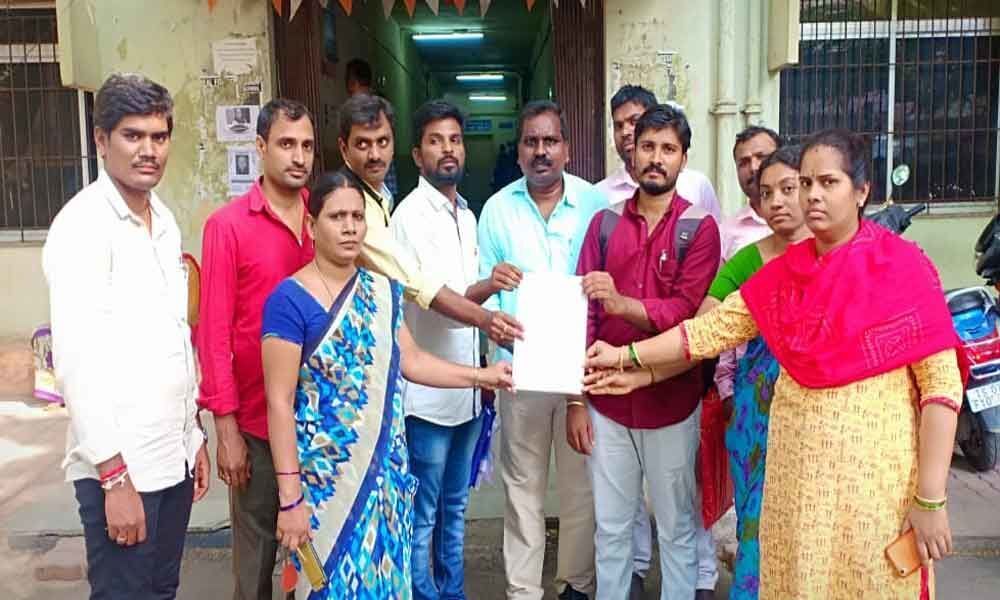 Guest lecturers working in government degree colleges who have not been getting salaries for the last ten months approached the State Human Rights Commission (HRC) on Wednesday.

Nampally: Guest lecturers working in government degree colleges who have not been getting salaries for the last ten months approached the State Human Rights Commission (HRC) on Wednesday.

President of Telangana Degree Lecturers' Association Kishore Kumar told press persons after lodging a complaint with the HRC here that the lecturers were unable to take care of their families due to non-payment of salaries, while expressing anguish over their plight.

He said 863 guest lecturers were working in the State in 132 government colleges. The lecturers' future has become uncertain as they were unable to work elsewhere and without getting salaries.

Kumar stated that the officials concerned were adopting a negligent attitude towards their plight despite repeated representations by the association leaders/representatives.

Hence, the association had approached HRC with an appeal to direct the officials to make the pending salaries. He demanded equal wages for equal work, job security, continuing their services based on 'auto revolve' system, instead of conducting interviews.'

Among those present at the press conference were Shekhar, Ajay, Pothanna, Nageswar, Dhanalakshmi, Sivajyoti, Sikandar, Shiva.