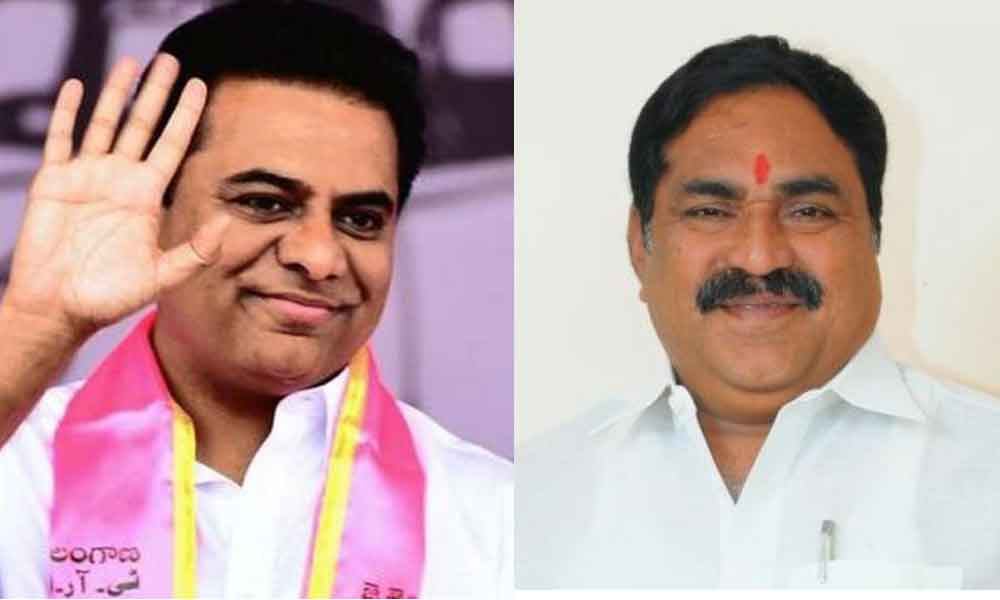 In a program here the IT Minster felicitated Dayakar on the awards through Deendayal Upadhyay Panchayat Sashaktikaran program. He promised to give more funds for village development in future.

The MAUD Minister appreciated that the Panchayat Raj minister and officials collectively achieved the awards. The vision and commitment of the Chief Minister K Chandrashekar Rao has fetched the awards and thanks for the persistent efforts for village development with more facilities.

The State government is offering Rs 300 crores for village Panchayats on regular basis to increase facilities and provide better amenities, KTR said, adding "The Centre gave our state 12 awards for villages development and clean environment due to foresight and commitment of Chief Minister."

The Minister noted that pattanapragathi, nurseries, vaikunthadhamams (cemeteries) and dumping yards were increased to cater to needs of the people.

He said that villages got a facelift with roads, power supply, street lights, drainage system, sanitation and towns also the government was ready to push them with more funds for further development.