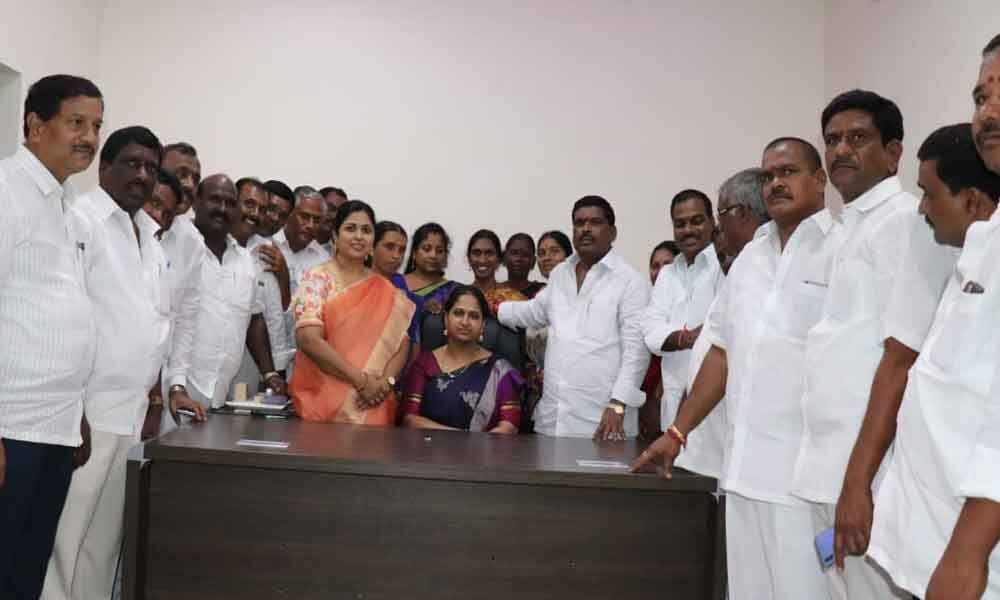 The MPPs, vice-MPPs and MPTC members took oath in MPDO's offices of Patancheru, Ameenpur, Jinnaram and Gummadidala. MLC V Bhupal Reddy and MLA G Mahipal Reddy who attended the swearing in ceremony as chief guests, stated that the public representatives' responsibilities increased after getting elected to the public office.

The legislators called for accountability of those who get elected to public offices, as they and officials were like wheels of a vehicle and have to put in relentless efforts to solve people's problems.

Both MLC and MLA invited educated youth to join politics. MPP Sushmasri pledged to put in sustained efforts in solving people's problems, duly following the suggestions given by the MLC and MLA.

Another MPP Devanand expressed happiness over getting elected as MPP of the new Ameenpur mandal, while assuring to work with responsibility and commitment for solving local issues. Among the MPTCs present were B Supraja Venkat Reddy, Gangula Sudhakar Reddy, Special Officers Srinivasa Rao, Manemma, MPDOs Anant Reddy, Ravi, and sarpanches of respective villages.