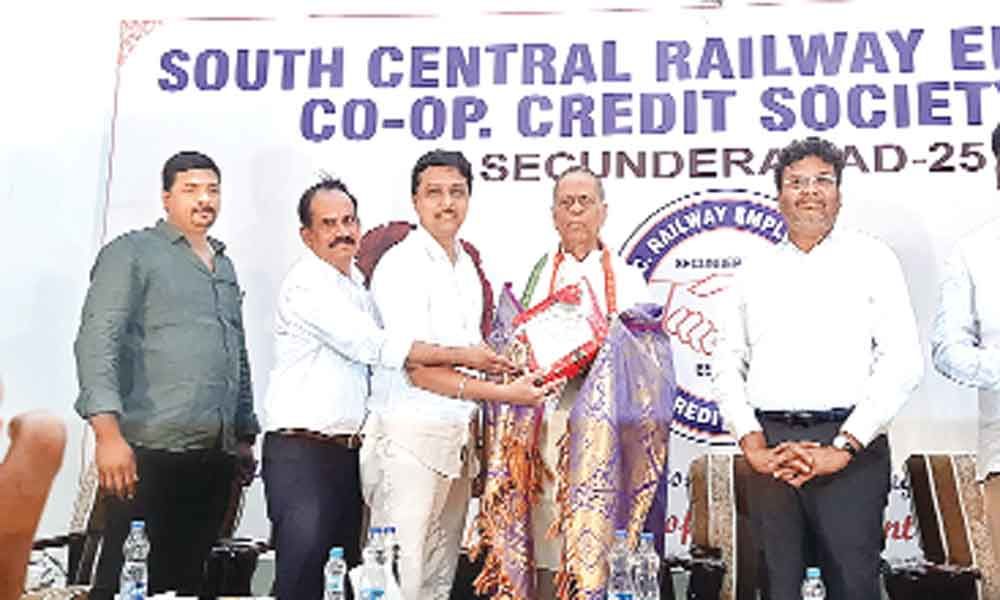 Speaking at a function at the Railway Officers' Club here on Thursday, the Sangh leader said that a mobile app has been created to enable the society members to know the details of their accounts. He revealed that the liberalised loan schemes without surety have been introduced to prevent the employees from falling in the trap of money lenders.

Raghavayya announced that educational loans would be extended to the employees so that they were not financially burdened to educate their children. The accidental death benefit amounts were being increased, with a provision for payment of Rs.10,000 as funeral expenses.

He said that all welfare schemes would be taken up for immediate implementation. He disclosed that for the benefit of the society members group health insurance facility and pay role package have been introduced.