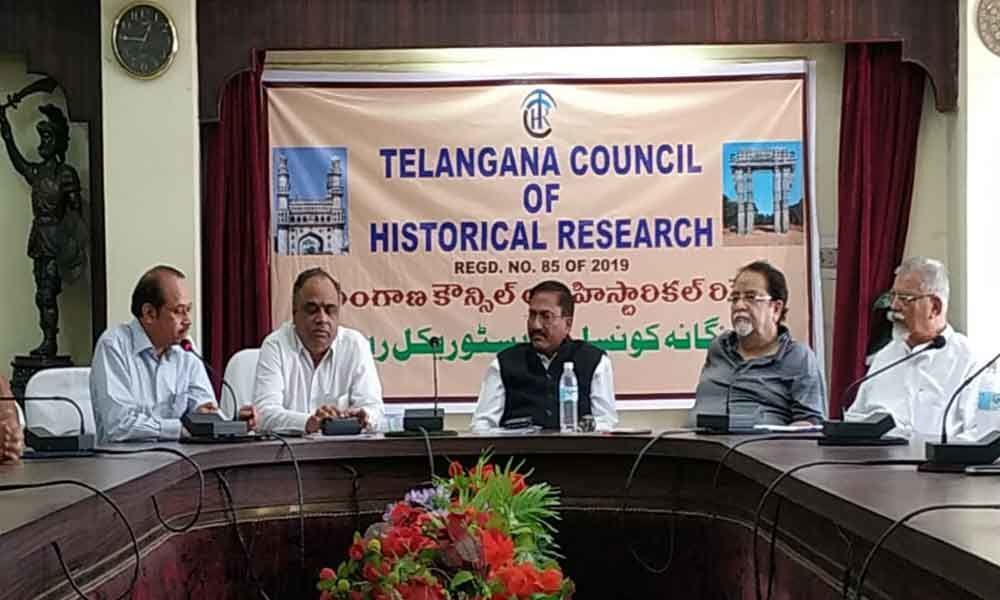 He also cautioned against misuse of military designations used in history text books and other literature.

Hyderabad: There is a need to recast history beginning with the Jallianwala Bagh incident since the history that is being read by all and taught in educational institutions hinges heavily on the role of Congress party and its claim to fame as harbingers of freedom, said Capt L Pandu Ranga Reddy of Telangana Council of Historical Society (TCHS) recently. He was speaking at a symposium on the occasion of 100 years of horrific Jallianwala Bagh massacre.

He also cautioned against misuse of military designations used in history text books and other literature. He opined that given the rounds that were fired at the people gathered in enclosed space the casualties would have been much more and stressed the need for ascertaining the number of victims from the records of military repositories.

TCHR secretary T Vivek, recalling the statement of British Prime Minister Theresa May regretting the past event said that history is remorseless and the wheels of history march on regardless, and added that history judges and haunts the posterity. The axiom of history underscores the imperative for rulers for taking sane decisions with a sense of history and sensitivity lest history should not haunt and posterity not condemn. He emphasised the need for making study of history relevant for the present by establishing linkages with the past.

He regretted that the poignancy and solemnity associated with the gory incident is lost on the visitors to the memorial as its beautification has blurred the pain and pathos of people who were brutally killed. This was because today's generation sees it merely as one more beauty spot to indulge in. This shift in perception is largely due to the disconnect between the past and the present, he said.

Professor K Seetharama Rao, Vice-Chancellor B.R.Ambedkar Open University said that history is not something to be read and forgotten but should be seen as a dialogue with the past and those who forget the past are condemned to repeat the past mistakes. Dwelling at length on the events that led to the incident such as the fear of replication of Russian Revolution on the Indian soil known as Russophobia, he said, the British enacted draconian laws that had stifled the freedom of assembly and movement of people and threatened the very liberty and life of Indian masses.