No more slaughtering of animals for meat? 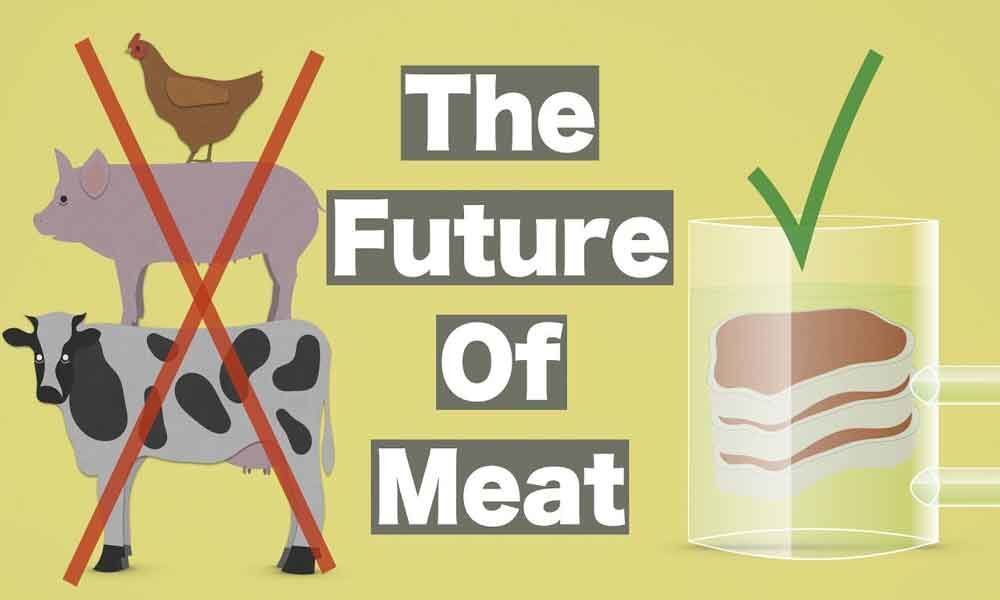 No more slaughtering of animals for meat?
Highlights

The traditional way of producing meat by slaughtering animals may be a matter of past in a few years as Indian scientists begin work on ‘cultured meat’ meat made by cells extracted from animals.

Hyderabad: The traditional way of producing meat by slaughtering animals may be a matter of past in a few years as Indian scientists begin work on 'cultured meat' meat made by cells extracted from animals.

The Centre for Cellular and Molecular Biology (CCMB) here, in collaboration with the National Research Centre on Meat (NRCM), has initiated research aimed at producing meat through cellular agriculture or cells sourced from animals and later cultivated into meat. It can also be called cell-based meat or 'clean meat' which will be is nutritionally equivalent to conventional animal meat.

The taste, looks and smell of cell-based meat will be exactly like real meat, scientists said. This new method of producing meat could revolutionize food system, and can address concerns relating to food security, environmental sustainability and animal welfare.

CCMB Director Dr Rakesh Mishra said, "the Department of Biotechnology (DBT) has agreed to fund the project to develop technology to take 'laboratory cell culture processes' to 'cell-based meat production.'" An initial funding of Rs 4.2 crore has been received for the project. CCMB will collaborate with organisations like Good Food Institute (GFI) and Humane Society International India.

"The advantage of cell-based meat is that animals won't be slaughtered. It is already happening across the world as governments have realized that protecting biodiversity is very important for coming generations," said Alokparna Sengupta, Deputy Director of Humane Society International India.

Cell-based meat companies in Netherlands, Israel and Japan are receiving support from their governments, while regulatory authorities in America USA are in the process of developing a framework for cell-based meet. "This system is better for both people and planet. Our aim is to feed people by creating a platform for tasty and affordable protein," said Varun Deshpande of GFI.

CCMB has also signed an agreement with HSI to launch a 'Centre for Predictive Human Model Systems'. The centre will help enable shift in scientific research by focusing on new methodologies instead of animal models. This centre aims to stop use animals in research purposes.

The alternative testing method would be to test the human cells and convert them into organoids (a miniature and simplified version or an organ produced in vitro in three dimensions that shows realistic micro anatomy). (India Science Wire)