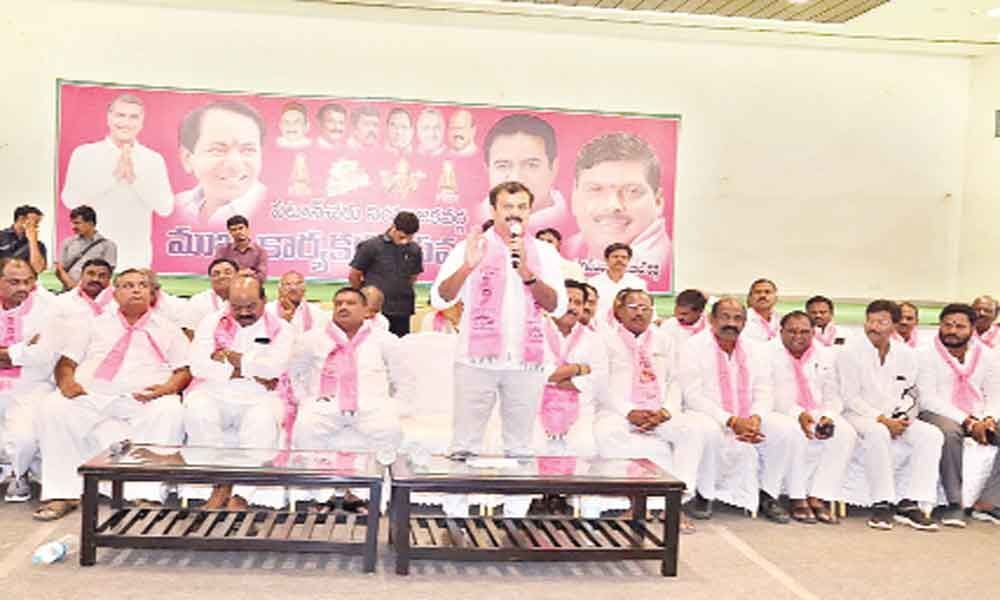 Medak MP Kotha Prabhakar Reddy on Monday alleged that some of the government departments, especially revenue department, were steeped in corruption and Chief Minister K Chandrashekar Rao has therefore decided to reform them.

Patancheru: Medak MP Kotha Prabhakar Reddy on Monday alleged that some of the government departments, especially revenue department, were steeped in corruption and Chief Minister K Chandrashekar Rao has therefore decided to reform them.

Addressing the party workers, the MP said that it had come to notice of the government that some of the departments, especially revenue department, were steeped in corruption and people were forced to pay bribes for any work.

Given the alarming situation, the Chief Minister decided to restructure and reform the revenue department and bring in transparency in the administration. He thanked the party cadre for working sincerely for his victory in the recently held Parliament elections and urged them to continue their devotion and loyalty in the ensuing ZPTC and MPTC polls.

MLA Gudem Mahender Reddy urged the party workers to strive for the victory of the candidates declared by the party high command. Congratulating the party workers for ensuring victory in the recently conducted assembly, Parliament and Sarpanch elections, he said that TRS party workers were considered to be the most disciplined workers.

He urged the party workers to ensure that the party wins all the four ZPs and MPPs in the constituency. He said that the TRS government benefitted all the sections of people with its innovative welfare schemes and TRS was the only party which as right to seek votes from public.

Among those who were present on the occasion include MPPs Nalakanti Yadagiri, Srisailam Yadav, Kolanu Ravinder Reddy, ZPTCs Ramulu Goud, Kunchala Prabhakar, MPP vice-president Prabhakar Gupta and others took part in the event.