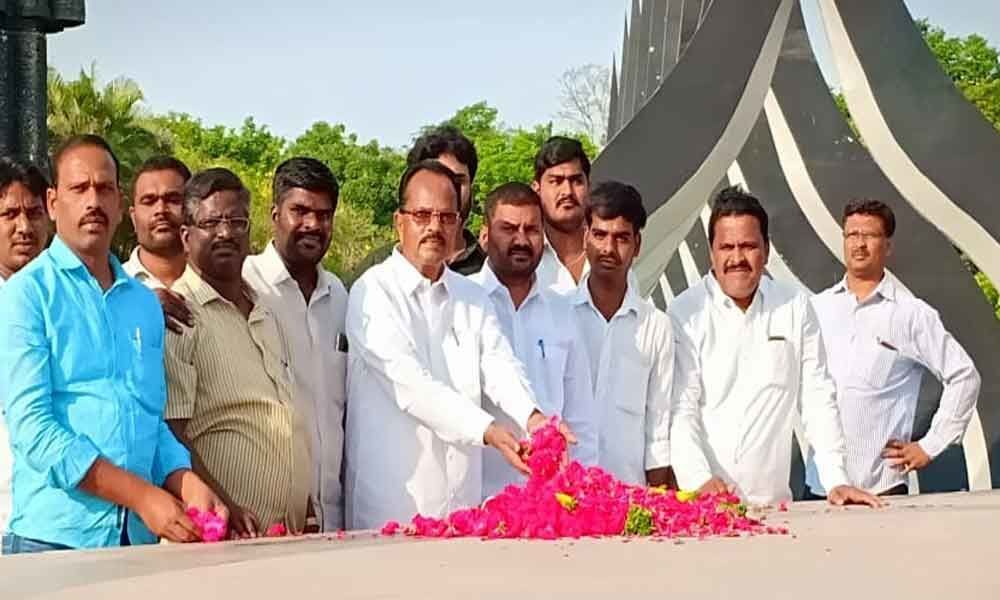 Speaking on the occasion, Motkupalli said the TDP was founded with an objective of serving poor and downtrodden sections of the society. Praising the great leader, he said that NTR was born to serve poor and backward people in the state. Remembering the day the party was founded, he said that he was present when NTR launched the party at the New MLA quarters, noting that Chandra Babu Naidu was in another party when this happened.

NTR gave tickets to candidates without seeking any money unlike the current trend, he said. Lauding the achievements of NTR, Motkupalli said that it was NTR who for the first time decentralised the power and brought mandal system and abolished patel-patwari system. NTR had great respect for women and he provided right to equal property to women. NTR implemented several welfare schemes with a meagre state budget of Rs 7,000 crore, he said.

Lambasting Chandrababu Naidu for destruction of the party, Motkupalli said Chandrababu Naidu responsible for the death of NTR and that even NTR himself confessed that his son-in-law was an unprincipled person. Motkupally accused Chandrababu Naidu of destroying NTR's family for his selfish interests. He questioned CBN why he fled from Hyderabad when he had the right to stay in the city for next ten years.

Motkupalli said that he was suspended from the party for suggesting him to either align or merge the TDP with TRS party. He also accused Chandrababu responsible for debacle of Congress in the recently held assembly elections. He demanded CBN to give Rajya Sabha ticket to Hari Krishna's daughter Suhasini. He appealed the Telangana Chief Minister K Chandrashekar Rao to conduct official celebrations NTR's birth anniversary.