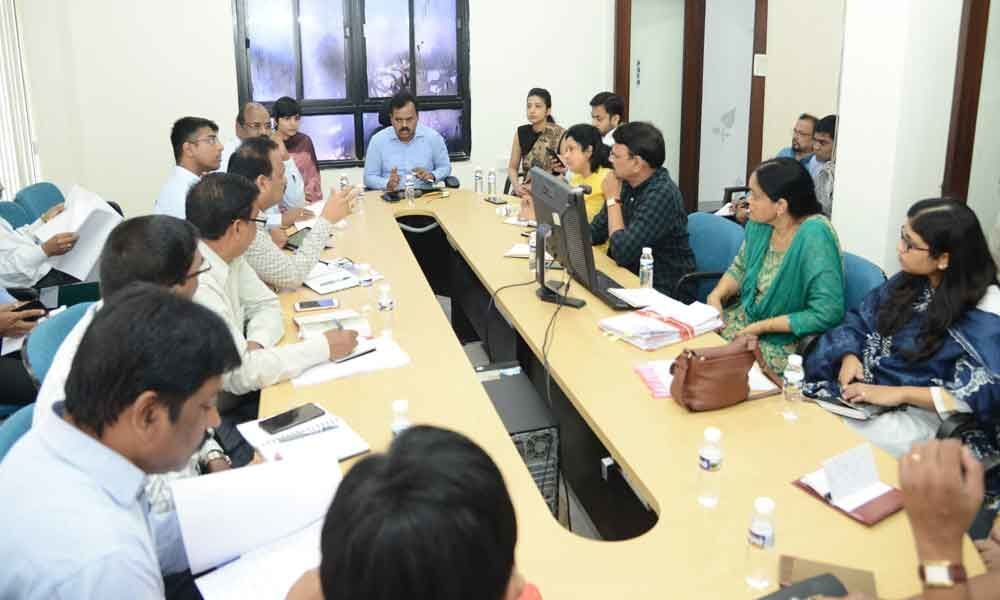 The Commissioner held a review meeting with Additional, Zonal Commissioners, and HODs regarding the progress of various programmes across the Greater Hyderabad limits on Monday.

Hyderabad: Greater Hyderabad Municipal Corporation (GHMC) Commissioner M Dana Kishore directed officials concerned to identify at least 100 km lane highways in each zone in Greater Hyderabad to take up and maintain sanitation works and to eliminate building constructions debris in the area. The Commissioner held a review meeting with Additional, Zonal Commissioners, and HODs regarding the progress of various programmes across the Greater Hyderabad limits on Monday.

Speaking on the occasion, the Commissioner said that the sanitation was an important aspect that should be taken up. "But in the way to Secretariat there is a lack in sanitation works", he censured the officials. Recently, a special drive was taken up on the removal of the buildings construction wastes, although the wastes were being thrown on the roads Consequently additional vehicles are being set up to remove these construction wastes, Commissioner added.

Commissioner ordered all the zonal and Deputy Commissioners to take special attention on the issues of sweeping, removal of construction wastes, road maintenance and upgrading of trees beside roads at all major roads in the Greater limits. He also ordered to complete the assessments of newly construction buildings which were in the progress, cause the un-assed and under-assed buildings that have lot of contributions to the development of the GHMC revenue.

On the occasion of Telangana State formation day on June 2, all the Head offices and pivotal junctions including the historic Charminar were ordered to be decorated with colorful electric lamps. Commissioner said it was decided to review on weekly basis to take actions on large scale upon legal cases in the GHMC, Commissioner added.Dana Kishore also said trees plantation should be taken up on the large scale in the areas of double bedroom house that is being built in Greater limits, as part of the same he suggested that also at 616 vacant spaces Green Plantation should be done which is under the Urban Biodiversity department.

For the maintenance of 331 tree parks special staff should be identified and appointed. GHMC had made everything ready to build 47 new parks in Greater and even in these upcoming parks tree plantation works were ordered by Commissioner. As the May 18 was announced as Water Harvest day, Commissioner once again alerted the officials to complete all the repair works of water harvest pits in the GHMC limits.