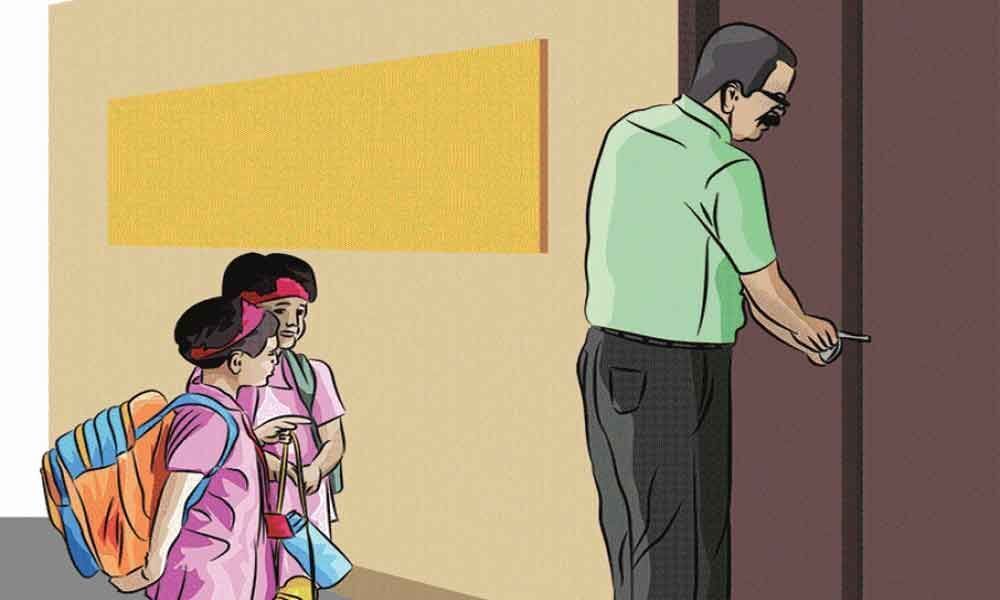 Though only a few weeks are left for schools to reopen, the bogey of unrecognised schools has once again raised its head.

Hyderabad: Though only a few weeks are left for schools to reopen, the bogey of unrecognised schools has once again raised its head. There are 1,380 recognised schools in Hyderabad as per the records of education department, out of which close to 400 were issued notices to submit relevant documents for renewal of recognition.

• There are 1,380 recognised schools in the state capital

• There are only 1,380 recognised schools in twin cities

• Many schools are found to be lacking in playgrounds

Venkat Narsimha, DEO of Hyderabad, said, "The welfare of children is at stake with the increase in the number of unrecognised schools; there are only 1,380 recognised schools in Hyderabad. It is the responsibility of schools to educate children and ensure their safety.

Several schools have not yet submitted the required documents such as No Objection Certificate (NOC) from fire department on time, we are very cautious in terms of permitting any school for establishment, but still some parents fall prey and get into trouble."

What is surprising is the department has a list of just 134 unrecognised schools in the state. There are thousands of schools that are functioning and taking parents and students for a ride.

Most of the schools that run without recognition are primary schools, where a student gets basic foundation. Lack of awareness among parents is also one of the reasons for these schools to flourish and it become difficult to identify them.

Due to the difficulty in obtaining a certificate, some schools do not even turn up for the recognition process, making it an even more difficult task for the Education Department to identify these institutions. Venkat Narsimha also said, "There are certain standard procedures and guidelines to be followed to obtain recognition for a school. Schools need to apply for certification. Then there will be an inspection to ensure that all the criteria are met. But some schools start off without applying for recognition.

Then it becomes really difficult to trace them, once we caught we abruptly closes the schools and a penalty of one lakh would be imposed. So, all before such happenings, parents must be cautious while joining children in school and must have a check-out on important things such as recognition."

Venkat Narsimha stated that, "Many schools do not have play grounds. In such regard, if any school is not providing sports for the students, a joint representation letter of parents to the DEO office would help to take action against schools."