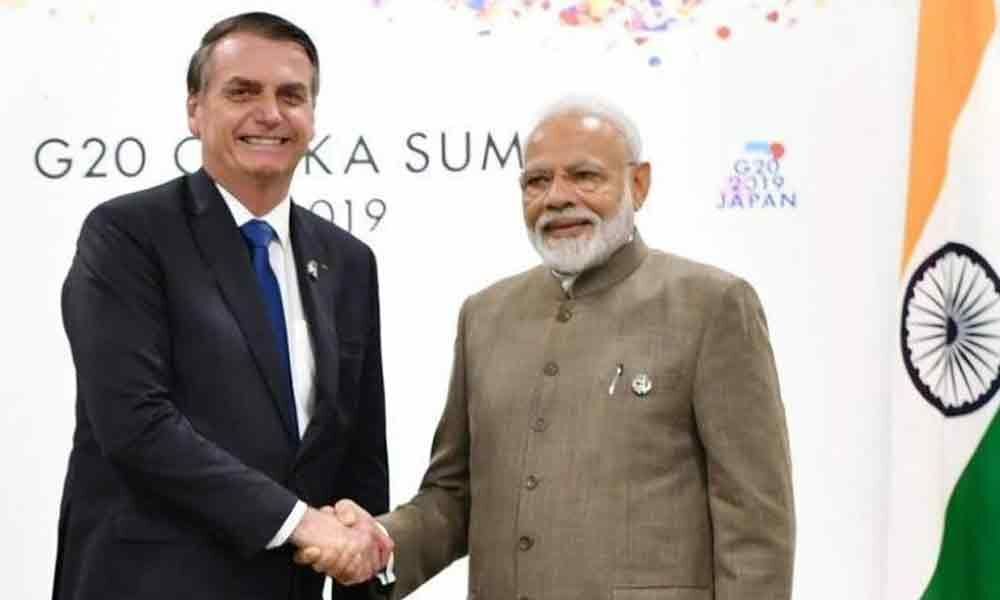 During his meeting with Indonesian president Joko Widodo, the prime minister discussed ways to deepen bilateral cooperation in trade and investment, defence and maritime fronts.

OSAKA (JAPAN): Prime Minister Narendra Modi met the presidents of Indonesia and Brazil separately on the sidelines of the G-20 Summit here Saturday, and discussed ways to boost bilateral ties and various issues of mutual interests.

During his meeting with Indonesian president Joko Widodo, the prime minister discussed ways to deepen bilateral cooperation in trade and investment, defence and maritime fronts. This was Modi's first official engagement on the second day of the June 28-29 summit.

Beginning Day 2 of the #G20 Summit by meeting a valued friend.

Soon after, Modi met Brazil president Jair Bolsonaro. Later in the day, the prime minister will meet leaders of Turkey and Australia among others. On Friday, Modi held bilateral and plurilateral meetings with many leaders, including US President Donald Trump, Russian president Vladimir Putin and China's Xi Jinping.