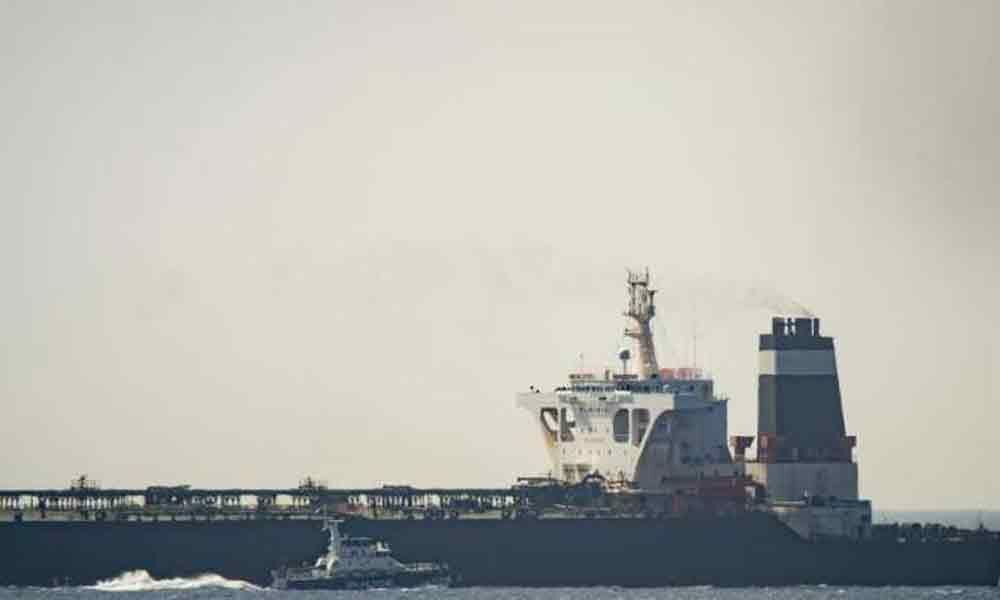 GIBRALTAR: Iran on Thursday condemned the "illegal interception" of one of its oil tankers in Gibraltar where authorities said they suspected it was carrying crude to Syria in violation of EU sanctions.

The detention of the 330 metre (1,000 feet) Grace 1 vessel comes at a sensitive time in Iran-EU ties as the bloc mulls how to respond to Tehran announcing it will breach the maximum uranium enrichment level it agreed to in a 2015 nuclear deal.

"After the illegal interception of an Iranian oil tanker in the strait of Gibraltar by the English naval force, that country's ambassador to Tehran was summoned to the foreign ministry," the ministry's spokesman Abbas Moussavi said in Tehran.

"Excellent news: UK has detained the supertanker Grace I laden with Iranian oil bound for Syria in violation of EU sanctions," Bolton tweeted.

The Grace 1 tanker was halted in the early hours of Thursday by police and customs agencies in Gibraltar, a tiny overseas British territory on Spain's southern tip.

They were aided by a detachment of British Royal Marines.

'We welcome this firm action'

The ship was detained 2.5 miles (four kilometres) south of Gibraltar in what it considers British waters, although Spain, which lays claim to the territory, says they are Spanish.

It was boarded when it slowed down in a designated area used by shipping agencies to ferry goods to vessels.

"We have reason to believe that the 'Grace 1' was carrying its shipment of crude oil to the Banyas Refinery in Syria," Gibraltar's Chief Minister Fabian Picardo said in a statement.

"That refinery is the property of an entity that is subject to European Union sanctions against Syria.

"We have detained the vessel and its cargo," Picardo said.

Spanish Foreign Minister Josep Borrell told reporters the vessel was detained at the request of the United States.

Picardo said he had "written this morning to the Presidents of the European Commission and Council, setting out the details of the sanctions which we have enforced".

In a statement, Britain's foreign office said "we welcome this firm action by the Gibraltarian authorities, acting to enforce the EU Syria Sanctions regime".

European Union sanctions against war-torn Syria have been in force since late 2011.

The 28-member bloc has imposed sanctions on Syrian officials including government ministers over their role in the "violent repression" of civilians.

It has frozen the assets of around 70 entities and introduced an embargo on Syrian oil, investment restrictions and a freeze on Syrian central bank assets within the European Union.

According to specialised shipping trade publication Lloyd's List, which analysed vessel-tracking data, the 1997-built ship is laden with Iranian oil, the first such tanker to head for Europe since late 2018.

It reported that the ship loaded oil off Iran in April and sailed around the Cape of Good Hope in South Africa.

The tanker detention comes just days after Iran announced it would exceed the uranium enrichment limit set up as part of the 2015 deal to avoid it building up to the level required for a nuclear warhead.

Iran did this in response to Washington abandoning the nuclear deal last year and hitting Iran's crucial oil exports and financial transactions with biting sanctions.