It's our America: Michelle Obama weighs in on Trump 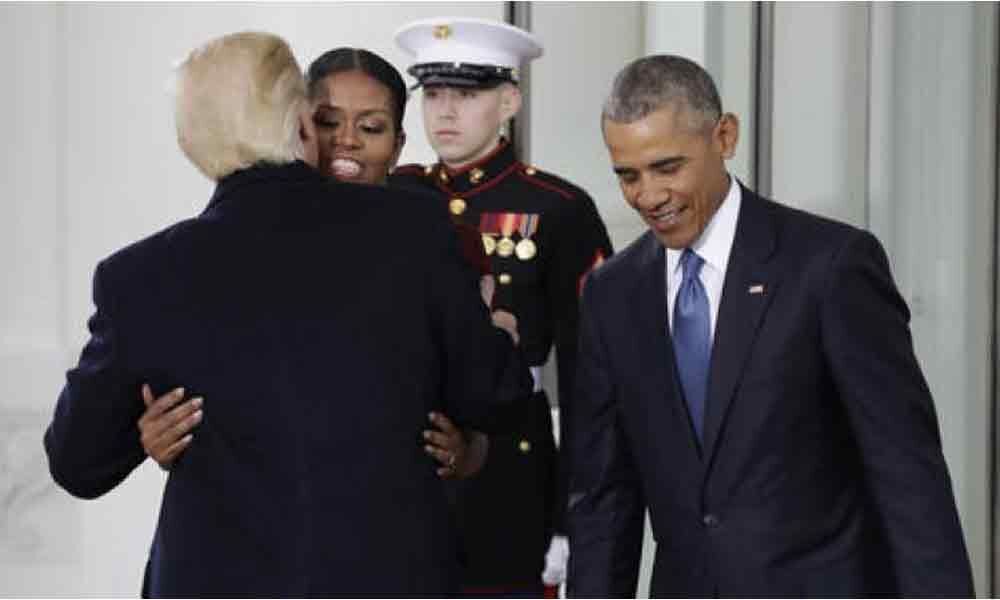 Trump has come under intense fire after he attacked four first-term Democratic congresswomen known as the 'Squad'.

"What truly makes our country great is its diversity... Whether we are born here or seek refuge here, there's a place for all of us," Obama tweeted, without mentioning Trump.

"We must remember it's not my America or your America. It's our America."

What truly makes our country great is its diversity. I've seen that beauty in so many ways over the years. Whether we are born here or seek refuge here, there's a place for us all. We must remember it's not my America or your America. It's our America.

Trump has come under intense fire after he attacked four first-term Democratic congresswomen known as the "Squad."

In a rare move, the Democratic-controlled House of Representatives on Tuesday rebuked Trump for "racist comments" after he said the four should "go back" to their countries of origin if they are not happy in the United States.

But chants of "Send her back!" directed at Somali-born congresswoman Ilhan Omar broke out at Trump's "Make America Great Again" rally in Greenville, North Carolina on Wednesday night.

Trump claimed to reporters in the Oval Office the following day that he was not pleased by the taunts and attempted to cut them short.

Television footage, however, showed he let the chant continue for more than 10 seconds before he resumed speaking.

"She's lucky to be where she is, let me tell you," he added about Omar.

The first-term lawmakers -- all but one of whom, Omar, were born in the United States -- are of Hispanic, Arab, Somali and African-American descent.

Some Republicans have urged Trump to tone down the rhetoric, but the president has made it clear that attacks on the "Squad" will be a centrepiece of his 2020 re-election strategy -- despite the risk of inflaming racial tensions and widening the partisan divide.

Omar responded to the chants by condemning Trump's "racist remarks" and branding him a "fascist."

The president's "nightmare is seeing a Somali immigrant refugee rise to Congress," she told supporters when she returned home to Minnesota Thursday night.

"We are going to continue to be a nightmare to this president because his policies are a nightmare to us," she said through a megaphone to the cheering crowd at the Minneapolis-St. Paul International Airport.