Mahatma Gandhi was spiritual leader of US non-violence movement: Pelosi 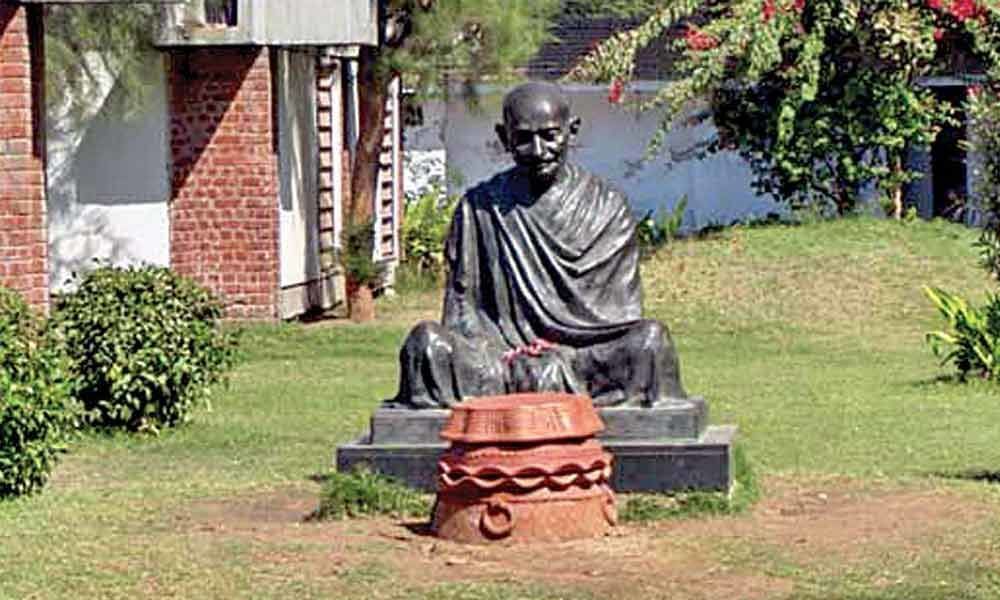 A strong proponent of India-US relationship, Pelosi said she believes in Gandhian philosophy and thinking

Mahatma Gandhi was the spiritual leader of America's non-violence movement, Speaker of the US House of Representatives Nancy Pelosi has said as she described how the Indian leader influenced American social activist Martin Luther King Jr.

A strong proponent of India-US relationship, Pelosi said she believes in Gandhian philosophy and thinking."Gandhi was the spiritual leader of America's nonviolence movement, she said referring to the India visit of Martin Luther King Jr. Martin Luther King Jr was an activist who played a key role in the American civil rights movement from the mid-1950s until his assassination in 1968. The word Satyagraha means two things, she said.

"It means nonviolence and insistence on the truth. That was exactly what Martin Luther King did: nonviolently insisting on the truth. So the gift, the spiritual gifts that India has given to the United States is really one of those strong ties that we have in our shared values, Pelosi said. She was speaking at the Second Leadership Summit of the US India Strategic and Partnership Forum (USISPF). Pelosi got interested in Gandhi during her school days.

"When I was a little girl, I went to school one day, Catholic school, and I went in, I had a hat on. And the nun said to me, who do you think you are? Mahatma Gandhi! I had no idea who Mahatma Gandhi was," she said."I went to the library. In the 1950s they had books on Mahatma Gandhi for children," Pelosi said. And when she went to college, she got all the books of Gandhi from the college library."One day this young woman came up to me in saree, who was my classmate and she said, I see that you have taken out all the books on Gandhi. My father is the Pakistani Ambassador to the United States. I want you to take out the books on Jinnah," she said amidst laughter from the audience.

Referring to Modi's speech in the Silicon Valley a few years ago, Pelosi said: "He just was spectacular and how he had that audience in the palm of his hand from an emotional standpoint." She then referred to another speech by Modi in New Delhi wherein he was calm and spiritual and was completely different. "It was almost like two different people," she said. Pelosi also praised the address of the prime minister to the joint session of the Congress. It was one of the most fantastic speeches I've ever heard.