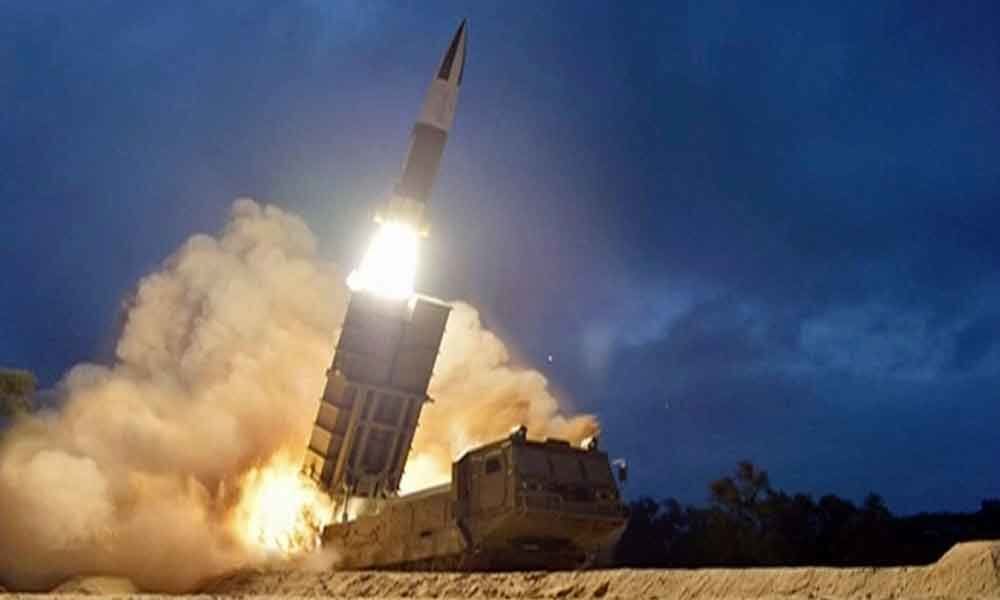 The report carried by the Korean Central News Agency followed Trump's comments that Kim had expressed a willingness to meet once the US-South Korean exercises are over and apologised for the slew of missile tests.

Tth launch was the North's fifth test in two weeks as it protests the annual military drills under way between Seoul and Washington which always infuriates Pyongyang.

Defence officials in Seoul said Pyongyang fired what appeared to be two short-range ballistic missiles Saturday, flying 400 kilometres (250 miles) before splashing down in the sea between the Korean peninsula and Japan.

KCNA provided no technical specifications but said Sunday they were a 'new weapon' developed to suit the country's 'terrain condition'.