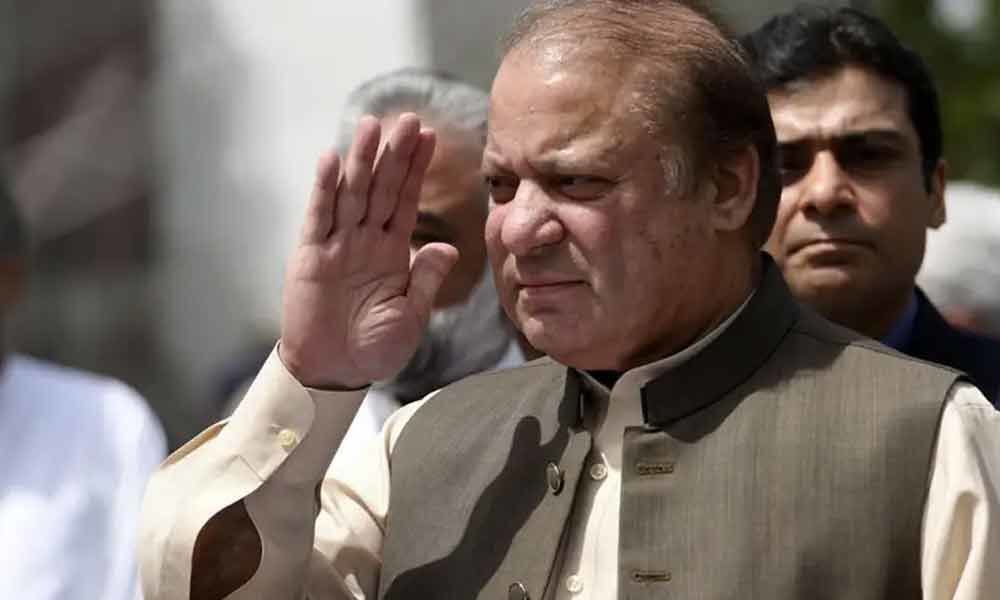 Justice Malik was purportedly seen in a video confessing in a chat with a PML-N leader that he was under immense pressure from certain elements to convict Nawaz Sharif.

ISLAMABAD: A Pakistani anti-corruption court judge on Friday was directed to "stop working" after a top court asked the law ministry to remove him from the post following the surfacing of a video, which purportedly showed the judge saying that he convicted former prime minister Nawaz Sharif in a graft case due to pressure from "hidden hands".

In a video released last week by Sharif's daughter Maryam, Justice Malik was purportedly seen confessing in a chat with a Pakistan Muslim League-Nawaz (PML-N) leader that he was under immense pressure from certain elements to convict the three-time premier in the graft case.

Earlier in the day, in a letter and affidavit submitted to the acting Islamabad High Court (IHC) Chief Justice Amir Farooq, Justice Malik denied the contents of the video, saying they were fake.

He also requested Justice Farooq to conduct an impartial probe into the matter, IHC officials said.

However, Justice Farooq decided to write to the law ministry to relieve Justice Malik from his position as an accountability court judge until an investigation against him is completed, they said.

BREAKING: Accountability judge arshad malik met nasir butt in his office in February 2019 and made apology for convicting nawaz sharif after being blackmailed and put under pressure. This picture is dated february 2019. This kills the denial issued in a press release by the judge pic.twitter.com/jfpuJE2HnR

The IHC has the administrative control of the accountability courts in Islamabad.

Addressing a press conference here, Pakistan Law Minister Farogh Nasim said Justice Malik has been asked to stop working on the recommendation of the IHC.

"The law ministry has stopped Arshad sahab from working for now," he said, adding that in his affidavit, Justice Malik has said he issued the verdict against Sharif "without any pressure or intimidation".

The minister said the conviction of Sharif can only be overturned by a high court.

"The sentence (of Sharif) cannot be immediately be suspended, extended or changed in any way until the IHC takes a decision regarding whether the judgement was issued under pressure," Nasim said.

It is important to establish first that the judgment was given under duress to give any benefit to Sharif, he said.

Soon after the video surfaced, top PML-N leadership demanded release of Sharif from the Kot Lakhpat jail in Lahore, while the Imran Khan-led government distanced itself from the controversy, saying that the matter pertained to judiciary and it should deal with it.

Another video showing Justice Malik purportedly dancing on the beats of an election campaign song of the ruling Pakistan Tehreek-e-Insaf (PTI) party was also leaked.

Meanwhile, Maryam tweeted, "I request the top judiciary to revoke the judgment against Nawaz Sharif and set him free without any further delay."