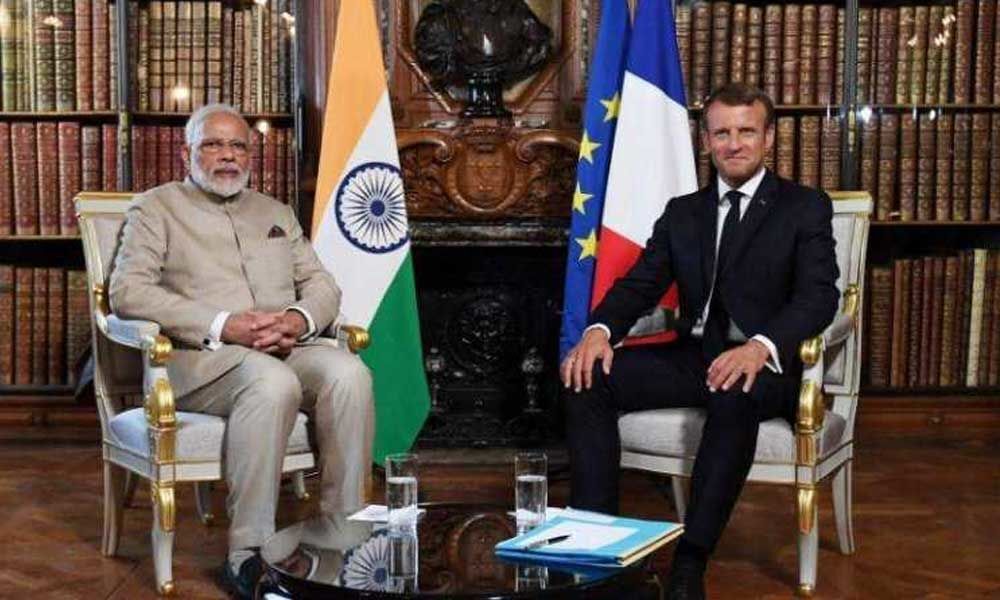 Prime Minister Narendra Modi on Friday asserted that the resounding mandate of 2019 Lok Sabha polls was not just for a government, but for building a 'New India' that focuses on ease of doing business while ensuring ease of living.

Paris: Prime Minister Narendra Modi on Friday asserted that the resounding mandate of 2019 Lok Sabha polls was not just for a government, but for building a 'New India' that focuses on ease of doing business while ensuring ease of living.

Addressing Indian community at the UNESCO headquarters here after inaugurating a memorial in honour of the victims of two Air India crashes in France in the 1950s and 1960s, Prime Minister Modi said in 'new India' action is being taken against corruption, nepotism, the loot of people's money, terrorism.

In an apparent reference to the revocation of special status to Jammu and Kashmir, he said, "There is no scope for temporary in India. You would have seen that a country of 1.25 billion people, the land of Mahatma Gandhi, Gautam Buddha, Ram, Krishna, took 70 years to remove what was temporary." Asserting that people gave the resounding mandate to the BJP government for building 'New India', Modi, who is in France on the first leg of his three-nation tour, said that India is moving fast on the path of development.

India offers great opportunities for French companies. There is scope for immense cooperation in skill development, aviation, IT and space. The strides made in India-France defence cooperation are promising. Our nations are also working on maritime as well as cyber security. pic.twitter.com/7HoHSVlA2p

On triple talaq, he said, "We did away with the practice of triple talaq; injustice cannot be done to Muslim women in new India." He said India will achieve most of the climate change goals set for 2030, in the next year and a half. Prime Minister Modi said India will be free of tuberculosis in 2025.